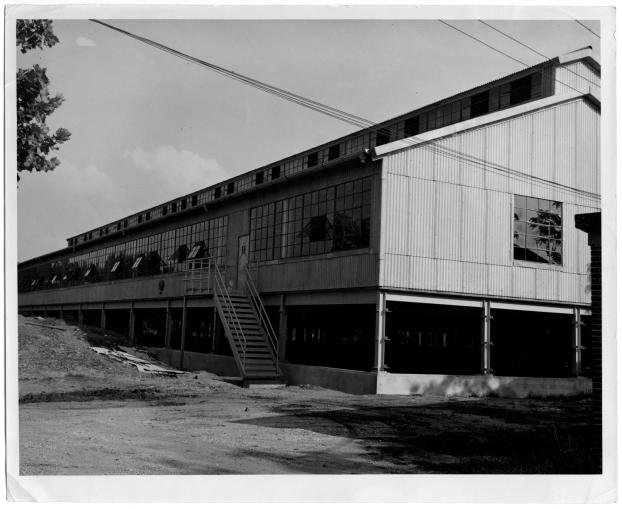 What Made Orange Great: The Yellow Pine Paper Mill was the first to process yellow pine pulp

In 1904, a group of investors from Orange that included William H. Stark, Dr. Edgar Brown, Leopold Miller, J. W. Link, F.H. Farwell, and a few lessor investors purchased an experimental paper mill in Pensacola, Florida and moved it to Orange. The mill had been built to process yellow pine, a new concept in paper production.

The mill was named the Orange Paper Company and was the first in Texas to process yellow pine pulp for the production of paper. Later the name was changed to the Yellow Pine Paper Mill. The mill initially produced eight tons of paper per day.

In 1910, an expansion of the mill was made totaling over one million dollars. The mill had been operating in a mostly experimental way until the process of using yellow pine pulp had been perfected. Production increased and the mill began producing 30 tons of high grade wrapping paper daily.

In 1920, the Orange Paper Company mill had 30 people living onsite in nine family dwellings, one “tenement”, and had an onsite restaurant.

The Yellow Pine Paper Mill ceased operations in 1931. The mill was purchased by another company who could not keep it running. Equitable Bag bought the mill in 1935 and operated the mill for over 60 years before it closed, sat unused, and the mill was burned by arsonists in the early 2000s.

The raw material used by the mill’s paper production was mill refuse from the Lutcher and Moore sawmill and the Miller-Link Lumber Company sawmill. Pine slabs were loaded on railcars at the two mills and transferred to the paper mill.

The planning mill of the Miller-Link Lumber Company mill had a 4,000 foot blowpipe, the largest in the world, to blow chips ground from the planer mill to the paper mill. The chips were ground from short ends and strips that would otherwise have gone to waste.

Chemicals were added to the ground chips in a digester and cooked with live steam for four to six hours. This process produced a pulp which was then blown into a large tank which had false bottoms allowing the drawing off of the chemicals. The pulp was then cleaned with hot water and the run over screens to drain water and presses to remove more water. When it became an even sheet, it was pressed even more to align the fibers. After pressing, the sheet was passed over live steam and rolled into cylinders for drying. It was then rolled into any size roll or sheets, depending on the customer’s needs. The rolls or sheets were then prepared for shipping.

A special edition of the Orange Leader in 1916 stated: “The production of Kraft paper from yellow pine pulp is the industry of commanding performance. Thousands of tons of pine formerly destroyed in the slab burners of mills located here are now used by the Yellow Pine Paper Mill and converted into high grade wrapping paper. The paper made from yellow pine is of such high quality that it is used considerably locally for business letterheads and several special editions of the Orange Leader have been printed on paper from the local mill.

The principal use of the mill paper was for wrapping paper. The manufacture of the E-Z Opener Bags is done in a separate facility. The mill and bag factory employs 300 men and women; the mill operates 24 hours each day. The payroll was slightly over $15,000 per month for both mills.”

In October 1929, the Leader reported that the mill was the first of its kind west of the Mississippi River and the only paper mill in Texas.

“The Orange mill operates exclusively in Kraft paper and a grade of paper similar to newsprint. There are shifts of 160 employees running day and night. It is truly an industry which adds luster to Orange’s prestige.”

Since Equitable Bag Company purchased the Yellow Pine Paper Mill and the E-Z Opener Bag Factory in 1935 only a few changes had been made. The operation of the mill and bag factory remained essentially the same, housed in the same buildings and the paper making process was almost identical to the original process. Over time there was a new bag factory and a storage room for paper in the basement. There were also a few new bag making machines.

The company specialized in Kraft paper of several different colors. There was a bag produced with handles. These were not the grocery type bags, rather the shopping bags used by major retail stores, such as Sears. The Orange company’s trademark could be found on the bottom of the bags.

The Orange mill supplied paper for the Eastern Division in Long Island City in New York, and the Midwestern Division of Equitable in Florence, Kentucky.

From wall climbing to a dance contest, there was something for everyone at the Back-to-School Bash Let’s Glow Crazy hosted... read more