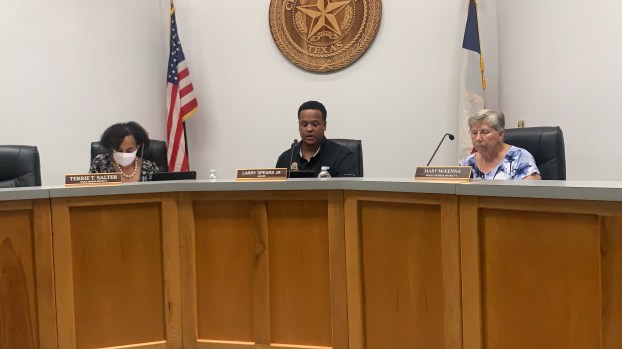 Despite the stormy weather, Tuesday night Orange city council members met to unanimously approve a resolution for the Illumination Project on MacArthur Drive.

The project aims to cut down on the number of fatal accidents on pedestrians at night due to poor lighting conditions that have killed eight since 2015. The project, proposed by TxDOT, is the result of a cooperation between the cities of Orange, West Orange, and Pinehurst, where the city of Orange would be responsible for the upkeep of the lighting poles, an estimated at $5,400 annually. It is anticipated that the construction of lighting poles, reflectors, and sidewalks will begin later this fall.

Mayor Larry Spears Jr. said, “Several deaths have happened over there on MacArthur Drive over the past couple of years and hopefully with this new lighting system we will be able to prevent that from happening in the future.”

The city council also approved of a motion approving an EDC economic incentive to build a new housing development on MLK Drive directly across from the Faith United Methodist Church. The project would include up to 182 new homes within the $180,000 to $200,000 price range.

The EDC incentive would also approve for infrastructure improvements along the roadway in an amount not exceeding $300,000 but the investment is well worth it, according to Jay Trahan, Director of Economic Development for the city of Orange, considering that the project would bring up to 36 million dollars of value to the city of Orange.

The council also approved of an interlocal agreement with Deweyville Independent School District for the use of their facilities, in the event of a Category 4 or higher storm, for the sheltering of city personnel and important equipment. The decision was so that the city personnel could move a little bit further north in the case of a major storm, one person joked in the audience “We all know what happened last time”, about hurricane Delta last fall.

On a similar note, the council approved a contract awarding BDS Constructors over 2.5 million dollars to improve and add a concrete lining for Cooper’s Gully.

On another storm preparation motion, the city also approved of a change order with TX Materials Group for improvements to paving and drainage for the Riverside Pavilion. The council hopes that the improvements to infrastructure and drainage will allow for better outcomes for residents in the event of a major storm.

The council also passed motions to extend the waiving/adjustment of permit fees for 90 days due to property damage from Hurricane Laura last fall and a motion to allow for occupancy/parking in a recreational vehicle by a property owner resulting from homelessness due to the storm.

At the end of the meeting, Spears reaffirmed his commitment to a community effort hoping to renovate/demo up to 130 abandoned homes in the city of orange. Similarly, he stressed the need for a new community effort to clean up trash from the city.

By Dawn Burleigh A fire at Robert’s Steakhouse and Market was fully engulfing the building at approximately 3 a.m. Thursday... read more