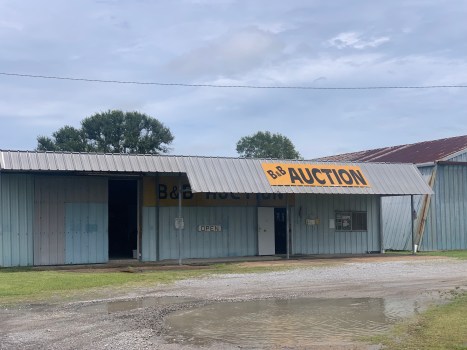 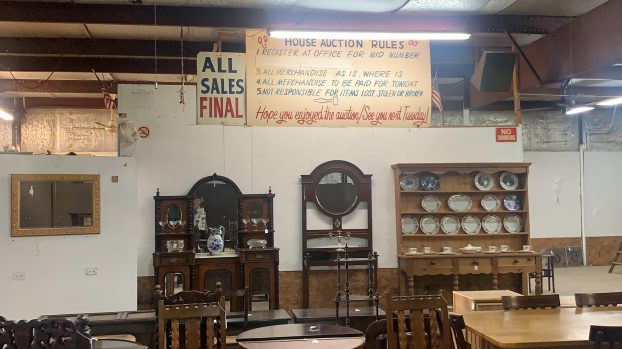 A forgotten gem in the area, B&B Auction, is celebrating 50 years of operation this week.

The business was started up by a couple on July 13, 1971, operating an auction house on Strickland Drive until they vanished years later. After the couple’s mysterious disappearance, the auction house would be bought by current owners, the Bertrand family.

Frankie Bertrand stated that she and her husband, Bert Bertrand, purchased the building after a colleague of her husband’s said that “with a family like you have if anyone could be successful, you can.”

The family auction would be moved around frequently during its early years. After 16 months of operations, the auctions house would be moved from Strickland Drive to a location on Interstate 10, where it would have to be moved again to the current location due to traffic. Now at the current location on Farm to Market Road 105, the family auction house was renamed Bert and the Boys Auction, or B&B Auction for short.

The first auction held at the current B&B auction house was held on April 17, 1979, where it sold mostly foreign furniture items, namely those from England and Germany. Ever since 1980, B&B Auction has been in a relationship with shippers from Europe, selling vintage high-quality furniture. The business has had customers from all across the country and even has a reputation overseas.

Frankie displayed to this reporter, a book with thousands of names of dealers from all across the world who would ship their products to be sold by the auction house. B&B Auction and Antique Sales started selling its merchandise outright from an English shipper in December 2012, after the auctions had stopped.

B&B Auction has always been a very family-orientated business. Mr. Bertrand, to start the auction, went to auctioneer school to obtain his auctioneer license, while Ms. Frankie organized shipments, carried out finances, and ran the day-to-day operations of the business. Their two sons, Roger and Ricky Bertrand, both also obtained auctioneer licenses to help run auctions and keep the auction house maintained. Preceding Bert’s passing in 2003, he asked Ms. Frankie to promise him that she would keep the business running, a promise that she has kept to this day.

In a market where large multinational corporations can increasingly mass produce inexpensive furniture, Ms. Frankie wants people to know that there is value in quality. B&B stopped buying newly produced furniture in 1979, because of the loss of quality and artisanship. Ms. Frankie went on to say that “you can purchase older furniture for cheaper in the long run than having to rebuy pieces of new furniture that won’t last.”

Ms. Frankie has said that she had thought it “impossible” that it has been 50 years since the start of the auction and she credited her success to her devotion to faith and to maintaining a high quality of merchandise.

B&B Auction and Antique Sales is located on Farm to Market Road 105 between State Hwy 87 and State Hwy 62 is open every Monday, Tuesday, and Wednesday from 11 a.m. to 5 p.m.