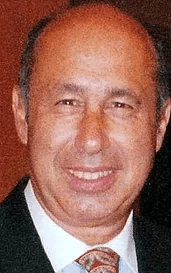 The background Mr. Pearl sets for us is that “wealth inequality” of whites over blacks is due to “racism.” While blacks have suffered from racial prejudice, it is exceedingly over simplistic, and damaging to blacks, to treat racism as the excuse for anyone’s lack of success. We have made great progress in reducing racial prejudice. The primary (American) responsibility for success is our very own, not anyone else’s nor is it the government’s. We are a nation of individual’s who are free to succeed which includes avoiding blaming others for our lack of success.
Mr. Pearl suggests that we tax everyone so that we can engage in more Marxist wealth redistribution, like.
Notice that Marxists like Mr. Pearl do not voluntarily give their immense wealth out of love of god’s less fortunate children. Instead, they demand that all wealthy people be taxed (most IN-voluntarily) and the government will “wisely” redistribute it. This is not Judeo-Christian charity. It strikes me as consistent with Marxism which focuses of equality of misery – that everyone must suffer equally.
Mr. Pearl suggest that such redistribution is more “patriotic.” It is not! Our Constitution wisely gave the fed gov EXTREMELY limited powers. If any delegate had suggested that we give the fed gov the power to determine who had more money than they needed and which citizens needed money, and the power to tax and redistribute, that delegate would have been declared to be insane. Specifically, such redistribution, which sadly Congress does to excess, runs afoul of the Constitution’s command that the fed gov perform its limited functions for the benefit of ALL Americans, not any specific group.
Mr. Pearl whines about allowing heirs to claim a “stepped-up” tax basis at death (and claims it is “racist” even though black inheritors get it as well as whites). Apparently, he would not ever give a taxpayer a break. How long must people keep records of tax basis, which have a tendency to get lost over time. And how much of the step-up is caused solely by inflation, while the original cost is not.
Why do we have an Estate & Gift Tax at all? These were enacted shortly after the Income Tax was enacted in an emotional Marxist weave of anger against the Robber Barons – this was the American version of the Bolsheviks murdering the Tsar’s entire  family and stealing all their wealth, which brought 70+ years of misery.

Stephen Eldridge is from Cosby, Tennesee.

Protecting our herds from pests and disease is a constant chore. Cattle producers are on the front lines, working with... read more