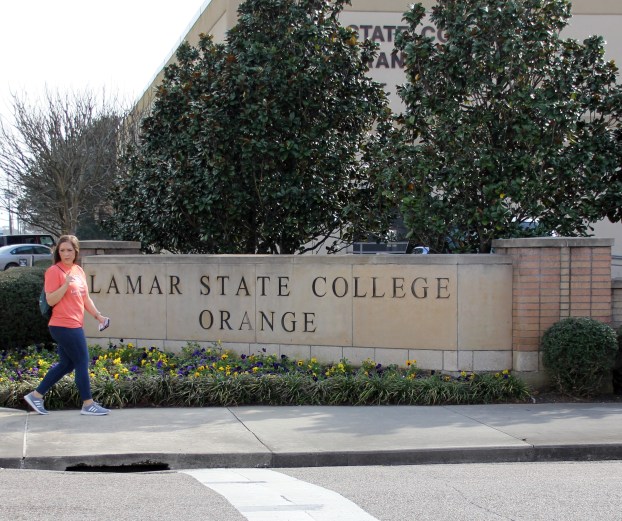 The educational institution that we know today as Lamar University with thousands of students and three campuses began in 1923 as South Park Junior College with 125 students.

In 1932, the name was changed to Lamar College in honor of Mirabeau B. Lamar, considered the father of education in Texas. In the early 1940s Lamar separated from the South Park school system and moved to its current location. In 1951, it became Lamar State College of Technology. In 1971, the name and status changed, and the college became Lamar University.

In 1962, Carl A. Parker, a Port Arthur native, was elected to his first term as the State Representative whose area included Jefferson and Orange Counties. In 1977, Representative Parker ran for and was elected state senator for the area. He served as state senator until 1995. In his career Sen. Parker sponsored over 400 bills that became state laws.

One of those bills passed established the Lamar Extension Center in Orange which opened in the fall of 1969.

In 1971, a fire destroyed the building. A new location was needed, and a community wide fundraising brought in over $250,000 which was enough to purchase the former Sabine Supply building on the corner of Fourth and Front Streets in downtown Orange. The building was quickly renovated, and classes were able to start there in the fall of 1971.

The programs offered were Liberal Arts, Math and Science, Business and Technology, and Education and Allied Health.

Sen. Parker’s bill had also provided for a Lamar campus in Port Arthur.

The 1999 legislature changed the name of the Orange campus from Lamar University-Orange to Lamar State College Orange. That session also included granting funds of nearly $10 million for a new main building, central plant, and campus infrastructure. The new building was occupied in May 2001.

LSCO offers 30 technical programs that allow the student to earn an associate of applied science degree, there are also certificates of completion, and industrial awards that can be earned. Some of the technical degrees include process operations and industrial technology, instrumentation, and medical office. Training programs can be customized to meet the needs of local businesses and industry. These programs are offered through the Continuing and Workforce Education Department.

After completion of the Vocational Nursing Program the graduate takes the National Council Licensure Examination to become a Licensed Vocational Nurse (LVN). The LVN functions under the direction of a registered nurse and/or a licensed physician.

Graduates of the LSCO LVN program are employed in hospitals, physician’s offices, medical centers, long term care facilities, and home health agencies. The LVN program is ideal for those who want to become a nurse but do not want to spend an additional two years to become a registered nurse (RN).

For those wishing to become an RN there is the Associate of Applied Science Registered Nurse Transition Program. The Transition Program was developed in 1989 to “meet the unique needs of the experienced LVN, providing those individuals with both career and educational mobility.”

After completion of the Transition Program the graduate may be eligible to take the National Council Licensure Examination for Registered Nurses if certain other requirements are met.

The Ron E. Lewis Library is a 44,000 square foot facility in the center of the campus. The first floor is the Learning Center, the Testing Center, and the Lewis Library Computer Labs, and Circulation Department. The second floor houses the print and media collections. The third floor contains an array of campus administration offices.

The library houses more than 37,000 print volumes and provides online access to more than 36,000 eBooks. An online library catalog provides information about the books and media available.

Community patrons may check out books by showing a valid Orange Public Library card and a valid ID with picture.

The Brown Estate was the home of Edgar W. Brown, Jr. and his wife Gladys. Mrs. Brown had seen an antebellum home while on tour in Natchez, Mississippi and wanted to build a home like the one she saw. The Browns were able to obtain plans for the home and made plans to build their home from those plans. Construction on the home started in October 1954 and the home was completed in April 1956. The home comprises about 20,000 square feet.

After the death of the Browns and according to their will, the four sons of the Browns conveyed the 88 acre estate and a trust fund to Lamar University. The property is used as a center for cultural and educational purposes for the people of Orange County and the State of Texas.

In May 2021, LSCO awarded its first ever honorary degree to former State Senator Carl A. Parker at the spring graduation ceremonies in recognition of his 33 years of service as a state legislator and in appreciation for his efforts on behalf of Lamar University and Lamar State College Orange.

The growth of LSCO from a wooden framed schoolhouse to a campus that covers several acres, with about a dozen buildings and thousands of students, is a source of pride for all that worked to see the college grow and all that have graduated over the years.

The WOSHS Theatre Department had some students volunteer to perform at the Stark Foundation Summer Reading Event! The book this... read more