OP-ED: America was prepared to fight Covid-19 thanks to intellectual property rights 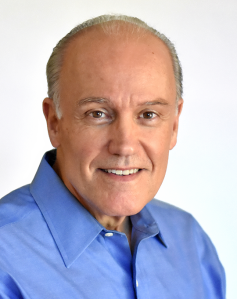 When Covid-19 came ashore, glaring gaps in the government’s pandemic preparedness became painfully obvious. Everything from inadequate stockpiles of personal protective equipment to confusing and uncoordinated guidance regarding closures hampered our early response.
But while the government floundered, America’s research scientists sprang into action. Moderna actually invented its vaccine mere weeks after the virus was genetically sequenced in January — though of course, it took months of clinical trials to prove the vaccine was safe and 94 percent effective.
Now, over 100 million Americans have been vaccinated, and the end of the pandemic is in sight. The credit belongs to strong intellectual property protections, as they enabled scientists to move quickly and raise ample funding for vaccine research.
As a post-pandemic world nears — and we begin to prepare for future pandemics — bolstering America’s IP infrastructure will help equip us for whatever challenges lie ahead.
Crisis preparedness certainly doesn’t happen overnight. Decades of expensive and risky research projects have paved the way for today’s breakthroughs. Over the last 10 years alone, drug companies invested more than $1.5 trillion on global pharmaceutical research. And some of that went towards developing the technologies underpinning the leading Covid-19 vaccines.
Notably, that includes mRNA technology. mRNA directs our bodies to produce proteins. And for nearly three decades, researchers have posited that they could use synthetic mRNA to guide the production of proteins that help treat specific diseases.
When Covid-19 started spreading, pharmaceutical company researchers were actively working on mRNA vaccines for the flu, rabies, and Zika. The pandemic necessitated a shift in priorities — and within weeks, Moderna and BioNTech began working on mRNA vaccines that essentially instruct cells to create a harmless version of the “spike” protein found on the surface of the coronavirus.
This, in turn, triggers an immune response, which produces antibodies and teaches our body how to fight off future infection.
The fight against deadly diseases won’t end with Covid-19, of course.
Fortunately for us, America remains at the forefront of the global biopharmaceutical landscape. America is home to less than 5 percent of the world’s population but roughly half of all international pharmaceutical R&D spending.
That’s largely because of strong IP protections. These protections, including patents, give innovators a fair opportunity to recoup their investment costs before generics firms can manufacture copycat medicines.
Patent protections make it possible for companies to chase state-of-the-art ideas. Those are the types of products that end up changing the world for the better — just like mRNA vaccines are doing right now.
Yet, inexplicably, some have proposed weakening — or outright dismantling — these critical protections. On the home front, these attacks have come from Senator Bernie Sanders (I-VT) and Congresswoman Jan Schakowsky (D-IL). Foreign nations, including South Africa and India, also propose doing away with patent protections on Covid-19 vaccines and therapeutics.
It’s not an accident that the overwhelming majority of drugs are developed in countries with strong IP rights. Quite simply, there would be no Covid-19 vaccines without them.
When the next pandemic arrives, we will have no hope of defeating it if we weaken the one industry that’s best prepared to develop innovative treatments.

Online and in print we have advertised a survey which will help local businesses know what you, the consumer, is... read more