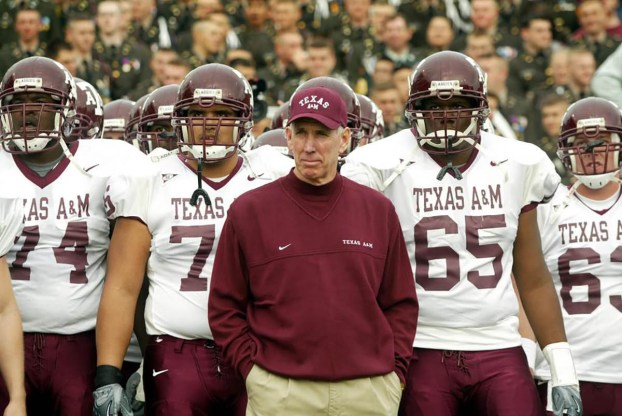 ormer Texas A&M head football coach and Orange native R.C. Slocum has been diagnosed with a form of Hodgkin lymphoma.

The Aggies announced the news Tuesday and said he will begin chemotherapy in College Station, Texas:

Slocum wrote on Saturday on Facebook he was in the process of undergoing tests at MD Anderson Hospital in Houston.

“Not sure what all is going on but it is serious,” he said. “I am meeting with my doctor Monday afternoon at MDA to find out. Please put me on your prayer list. I am a firm believer that God is in control and can still do miraculous things.”

He then posted “Please put me you on your prayer list. I am a firm believer that God is in control and can still do miraculous things.”

Slocum has more wins (123) than any coach in A&M history. The Aggies also went to 11 bowl games during his 14 years in charge.

The high-water mark came in 1992, when the team finished 12-0 in the regular season and suffered its only defeat to Notre Dame in the Cotton Bowl. Texas A&M also claimed a Big 12 title in 1998 after upsetting No. 2 Kansas State in the conference championship.

Slocum’s time with the school extended well beyond his head-coaching tenure. He was an assistant from 1972-80 and then again from 1982-88. A sign of his continued connection to A&M, he took over as the interim athletic director in April 2019 prior to the arrival of Ross Bjork.