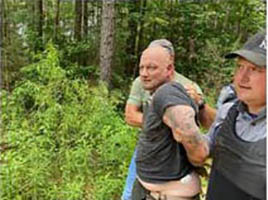 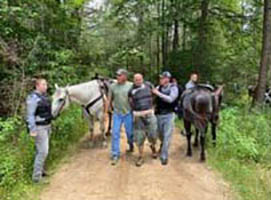 On Tuesday, June 22, at approximately 10:30 a.m. Tyler County Sheriff’s Office was advised Hardin County Deputies were in pursuit of a BMW passenger car on State Hwy. 69.

While enroute, deputies learned the pursuit originated in the City of Orange, traveling through Jefferson and Hardin Counties and ended ion a private road just inside Tyler County.

Texas Department oof Criminal Justice K-9 Units from  Livingston and Dayton were successful in tracking the suspect at at approximately 2 p.m. the suspect was arrested.

The suspect was identified as Gregory Sawin, 45, of Denver, Colorado.

Sawin was wanted in Colorado for a parole violation. He was transported to the Orange County Jail where he will face additional charges.