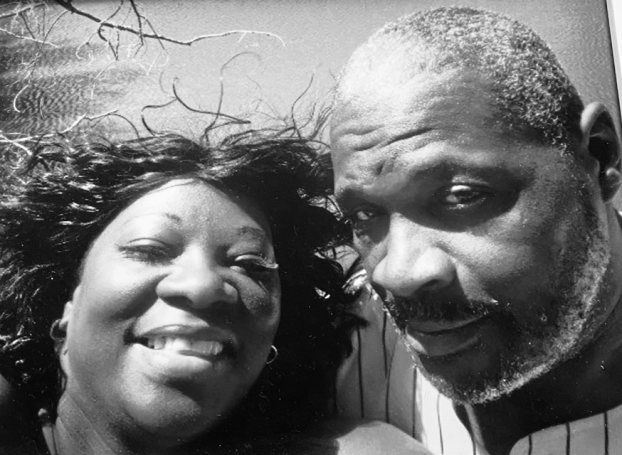 The third oldest of seven children born to James Pernell and Joyce Bacon, Lil James was destined to live life in the fast lane.

After graduating high school he moved to Chicago to live with his Aunt and Uncle.  He landed a job at ALCOA where he worked in shipping and receiving.  For a while James was married with no children.  He and his first wife divorced and shortly thereafter he decided to move on and see what life had in store for him elsewhere.

James found himself on the Coast of Mississippi where he secured a job in construction as a heavy equipment operator.  That job came with the added bonus of traveling to various States -so next stop – Fort Lauderdale, Florida.

It was at a traffic light in Fort Lauderdale that he would meet his current wife, Annette Carson.  The connection was instant and after two months of laughing and talking, James proposed and off to the beach they went for a Sunrise Wedding.

The next 21 years would find James and Annette moving from Florida to Texas where James would retire at age 57.  Shortly after retiring, James was diagnosed with aggressive Prostate Cancer.  He endured surgery to remove his Prostate and continued treatments every month for the next nine years until his doctors were comfortable with changing the monthly treatments to every three months. THIS was great news for the Pernell’s and they took it as a sign that they could move to the State of Maryland where they would be closer to the things that they desired.  It was a hard decision to make as James and Annette were attached to their two grandchildren.

The cancer treatments continued every three months for the next year until one day James found himself weak and lacking energy – Tests revealed he had Stage 4 Stomach Cancer which came with a diagnosis of six months to a year to live – AND LIVE THEY DID!

James was a huge believer in enjoying every day as if it were his last.  He and Annette never stopped making plans for their future and even as he lay dying they spoke of loving one another and how wonderful it will be to drive through the countryside to see the leaves turning in the fall.

UNFORTUNATELY, those plans were not what God had planned, so on June 10, 2021 James closed his eyes for the last time and finally became pain free and cancer free.

Life can be only what you make it so make the best out of every day because we only die once!