OP-ED: Parents on the front line of defense against cyberbullying 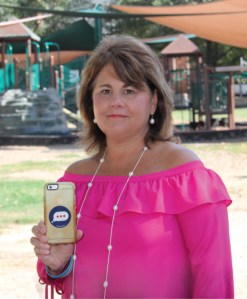 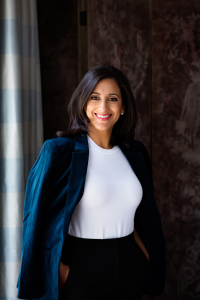 In the United States roughly one in five children has been a victim of cyberbullying. And with 95 percent of teens connected to the internet and 85 percent using social media, cyberbullying is an imminent threat. On this national Stop Cyberbullying Day we hope you will take a few minutes to talk with your children about your expectations of their behavior on-line and expectations when it comes to cyberbullying.

Cyberbullying is a virtual form of bullying. The principals of traditional bullying remain: Someone repeatedly picks on, harasses, intimidates, threatens, or humiliates a particular person, with the intent to harm. But unlike old-school bullying, cyberbullying attacks can be launched anytime of the day, are hard to defend against, and have the potential to draw hundreds if not thousands of other people into the attack unwittingly. No one is there to intervene and often the attacks are anonymous, so you don’t even know who is targeting you.

The adage, “Sticks and stones can break my bones, but words can never hurt me,” doesn’t apply in today’s world. Words do hurt and when it comes to social media, they are a sharp weapon.

Experts say cyberbullying can be worse or more extreme than in-person bullying because there is no break from it at home or at school. Bullies are often far more aggressive when hiding behind a screen or an anonymous post. A study published in Science Daily found cyberbullying makes young people twice as likely to self-harm or attempt suicide.

Cyberbullying is difficult for parents to detect because it is hard to see everything communicated with our children via social media and their on-line interaction. But experts have agreed on a few signs to watch for.  Signs include seeing your child nervous or jumpy when a social media notification or text comes through. A child who becomes upset, angry, or sad while using a digital device. Withdrawing from family and friends. Tech habits change, and children are often unwilling to discuss or share information about their on-line accounts or activities.

The most effective way to stop cyberbullying is for parents to help their children build their on-line identity and learn how to interact on-line with others. We must clearly define our family values for interacting on-line and in person. Just as we teach our children not to say something hurtful to someone standing next to them, we need to teach our children it isn’t acceptable to say mean, hurtful things on-line either. They must also know that “liking” or supporting bullying posts is not ok. And they must know we are trusting them to always report cyberbullying to us immediately, even if it is not directed at them.

It is important for the mental health of our children they feel supported and encouraged to report cyberbullying. Research shows after the bullying incident is over, many bystanders are weighted down with guilt. Bystanders feel bad for what happened to the victim and experience overwhelming guilt for not intervening, not knowing what to do or being too fearful to step in.

To give our kids the confidence to stand up to cyberbullying, they must know they won’t lose their device if they share with us something they are seeing or experiencing on-line.  Taking away a child’s on-line access punishes the victim, not the bully. Experts say without this reassurance many will stay silent out of fear of being disconnected from their social world – even if that world is causing them pain. We must reinforce social media apps are not the problem, the problem is people who use social media to intentionally hurt.

Bullying and cyberbullying are toxic actions that can and do result in fatalities and isn’t going away soon.  But early intervention and strong communication with our children can stop cyberbullies from gaining power. Now is the time for action. Our children are depending on us.

David’s Legacy Foundation and Crime Stoppers of Houston have partnered to educate and empower students across Texas on bullying and cyberbullying prevention. Maurine Molak is the co-founder of David’s Legacy Foundation, a nonprofit advocacy organization dedicated to eliminating cyber and other bullying, of children and teens, through education, legislation, and legal action.  Rania Mankarious is the CEO of Crime Stoppers Houston. Lover of people, their stories and our future, she has been seen and heard on national/local TV and radio for over a decade as a legal, family, crime, mental health, and parenting expert.