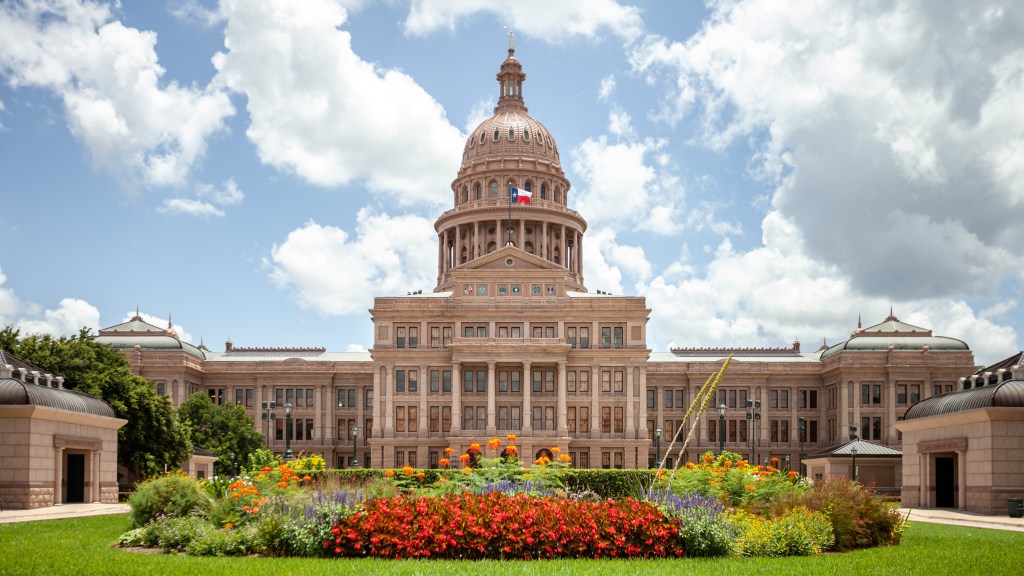 Texas State Capitol in Austin, Texas on a sunny summer day with colorful flowers in the front yard

AUSTIN — Today, Governor Greg Abbott signed House Bill 5 by State Representative Trent Ashby (R-Lufkin) and State Senator Robert Nichols (R-Jacksonville) which will increase access to and adoption of high-speed internet throughout Texas. The measure was deemed by the Governor as one of only eight Emergency Items for the 87th Legislature and received a low bill number, indicating priority status, by both Lieutenant Governor Dan Patrick and Speaker Dade Phelan.

“Thank you to Senator Nichols and Representative Ashby for their leadership on House Bill 5, which will help increase high speed internet access in Texas,” said Governor Abbott. “Broadband is no longer a luxury — it is an essential tool for education, business, and healthcare, which is why I made the expansion of broadband an emergency item this session. HB 5 will help close the digital divide throughout Texas.”

With Governor Abbott’s signature, the provisions in the legislation become effective immediately. The first order of business for the newly created Broadband Development Office will be identifying which areas of Texas have access to broadband and which do not, ultimately defining who will be eligible for state, federal, and philanthropic funding.

“The passage of House Bill 5 requires the state to create and maintain a broadband access map,” said Senator Nichols. “This will identify corners of the state that are lacking broadband. Those areas can receive targeted support and funding to build the infrastructure necessary to deploy broadband. This bill exemplifies Texas’ commitment to developing critical 21st century infrastructure and expanding broadband access.”

One of House Bill 5’s most critical components is the establishment of a state broadband plan to establish long and short term goals that guide the development and investment of broadband infrastructure for all Texans. As one of only six states in the United States without a broadband plan, Texas often finds itself at a disadvantage when applying for federal dollars.

“Without a state plan for broadband, Texas was leaving precious resources on the table,” said Representative Ashby. “House Bill 5 creates this plan to establish goals and guide our state’s investment in broadband. The more we can do to bring the 21st century to rural and underserved communities, the better chance we have at closing the social and economic gap that has widened due to lack of reliable, high-speed internet.

Nichols was first elected to the Texas Senate in 2007 and represents 18 counties across East Texas and part of Montgomery County. Ashby is in his fifth term as a member of the Texas House of Representatives, and currently represents Angelina, Houston, Leon, Madison, San Augustine, and Trinity Counties.