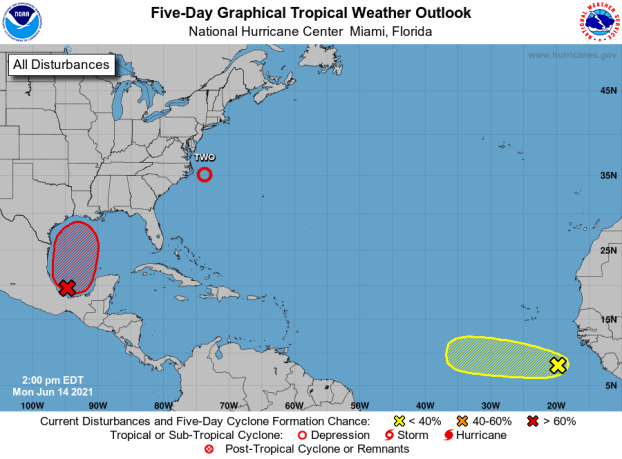 The National Hurricane Center has raised the tropical cyclone formation probability to a high 70% for the broad low pressure area in the Bay of Campeche.

Little development is expected over the next day or two, but by the time this system drifts north later this week, a tropical depression could form in the northwest or central Gulf of Mexico.
For our region, we are expecting increasing rain chances this weekend, as well as elevated tides.
Elsewhere, tropical depression two has formed off the North Carolina coast. This system will stay in the Atlantic and pose no threat to us. A tropical wave coming off the coast of Africa has a low 20% chance for development, but that threat decreases later this week when it reaches the central Atlantic when the environment is less favorable for development.
You Might Like

LifeShare Blood Center is joining blood collection organizations across the globe to celebrate the lifesaving work by those who donate... read more