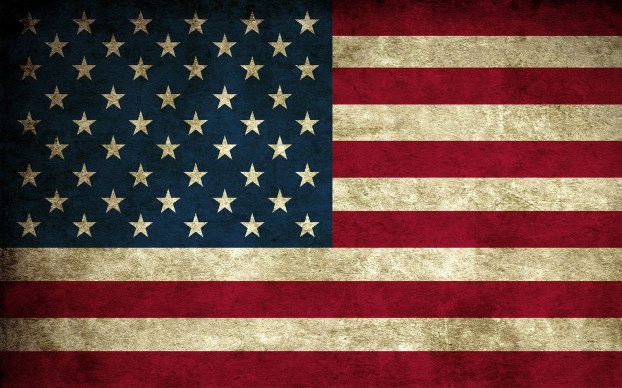 It’s summertime in Texas, a season saturated with patriotic pride.

We observed Memorial Day in May, honoring those in uniform who have made the ultimate sacrifice in defense of our nation.

Next month, we’ll celebrate Independence Day with family and friends, smokers and grills as we reflect on how proud we are to call ourselves Americans.

But this June, let’s not neglect an oft forgotten American holiday.  It’s equally patriotic, but admittedly comes with less pomp and circumstance.

Mark your calendars: on June 14th, we celebrate Flag Day.

It was this day 244 years ago that Congress adopted Betsy Ross’s flag as our star spangled national banner.  Our nation’s been ruled under 27 different versions of that flag since then.  And it wasn’t until a few iterations later – in 1949 – that National Flag Day came to be.

You won’t be surprised to hear that, like most items of national significance, the annual recognition of the American Flag has its roots right here in the Lone Star State.

On June 14th of 1910, Soldiers at Fort Sam Houston in San Antonio conducted their annual military flag ceremony to honor the colors.  Nothing unusual transpired that evening, except for a lone man from St. Louis in the crowd watching “with sparkling eyes.”

That St. Louis man was banker and cotton broker Ben Altheimer, and he was so filled with patriotism at the Soldiers’ flag ceremony that when he returned home, he put a call out to his hometown. Mr. Altheimer offered to buy an American flag for every single St. Louis shop that would agree to display it on the next June 14th, the official anniversary of our stars and stripes.

Apparently Mr. Altheimer underestimated the patriotism of his hometown.  To keep up with demand, he began purchasing flags by the bundle.  He hired secretaries and staff to field requests.  And come Flag Day 1911, all the streets of St. Louis were adorned in red, white, and blue.

He didn’t stop there. Overwhelmed with the outcome, Mr. Altheimer saw potential to make Flag Day even bigger.  He continued to advocate, in his words, “to impress upon others the deep religious and patriotic significance.”

At a ceremony in New York, he explained his philosophy to the audience:

“It is our custom to give those we love birthday gifts.  You love your country.  This is the

country’s birthday and you wish to give your country a birthday gift.  Give it your

aspirations and efforts.  Give it your love and devotion, your character.  Give it the best you

have – yourself, heart and soul.  This will enable you to pay in a measure to your country

what it has given you and all its citizens – independence, opportunity, freedom of

conscience to serve your God and your religion in your own way.  God save America.”

President Woodrow Wilson officially marked the anniversary of the Stars and Stripes over 100 years later in 1916 when he proclaimed June 14th “Flag Day”.

Mr. Altheimer’s love for Old Glory really caught wind, to say the least, and he became famous for his contagious patriotism.  For the flag’s 150th anniversary in 1927, he was invited to a celebration in the nation’s capital, Washington, DC.  Due to illness, he had to decline, but in honor of his efforts, he received a cross of honor and a citation signed by President Coolidge “for having planted the true appreciation of the flag in the hearts of the American people.”

Just a decade later, the U.S. Capitol started the Capitol Flag Program, through which the public can purchase flags flown over the U.S. Capitol in celebration of national holidays and special occasions, and to recognize special achievements. Each year, the Architect of the Capitol fulfills on average more than 100,000 Capitol flag requests nationwide through the offices of Members of Congress – and my office alone sends out hundreds to Texans each year.  You can visit my website or call my office for help purchasing a flag flown over the U.S. Capitol Dome.

A man from St. Louis may have sparked Americans’ appreciation for the Star Spangled Banner, but now you and I know that for his admiration of the U.S. flag – and the roots of Flag Day – we owe none other than the Soldiers at Fort Sam Houston in Texas.

Dawn Burleigh,General Manager/Editor America’s original flag, it’s the only one that dared defy the straight-line pattern of all its successors.... read more