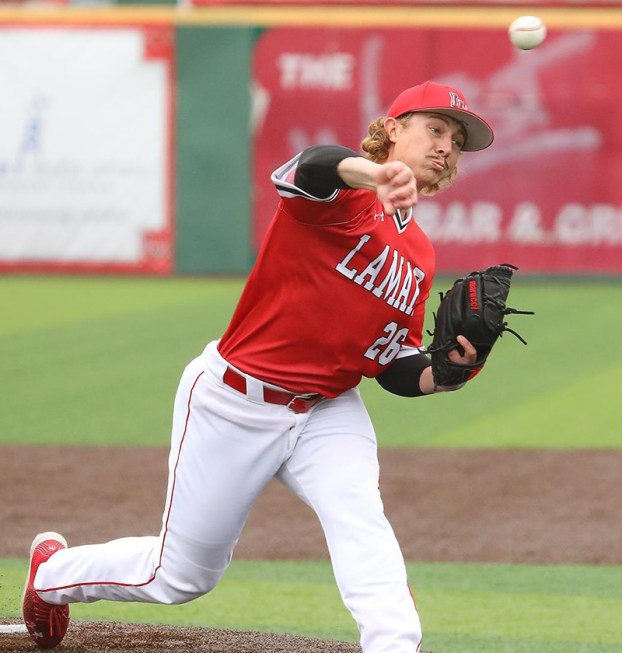 It’s the largest number of Cardinals on the Southland postseason all-conference team since the 2013 season. That year, LU had eight players named All-Southland Conference. It’s also the first time since 2016 that Big Red has had multiple first-team selections.

A two-time SLC Hitter of the Week selection in 2021, Kemp spent the majority of the season in the talk for a conference triple crown. Kemp finished the regular season hitting .316 with 14 home runs and 46 runs batted in. He tied Southland Player of the Year, Colton Cowser, for tops in the league in home runs and tied Cowser for fifth in the SLC with 46 RBIs. Kemp also finished fourth slugging .608 and ranked among the league’s top 10 in total bases.

Kemp was joined on the first team by Quirion. The Dixville, Quebec native split his time between 3rd base and catcher but spent the majority of his time at third. In addition to his first-team honor, Quirion also garnered all-defensive team honors as a 3rd basemen.

Quirion hit .282 on the season and tied for fourth in the league with 12 home runs. He also recorded 38 RBIs while slugging .554 on the year. LU was one of only two schools in the Southland to have two players finish the season with at least 10 home runs.

Defensively, Quirion recorded a .976 fielding percentage with 145 putouts and 58 assists. Quirion was joined on the all-defensive team by George. One of the top defensive outfielders since arriving on campus, George put together a highlight reel of diving catches during his COVID junior season. George committed just one error this year and posted a .989 fielding percentage with 87 putouts and five assists.

Michael took his play to another level in the final three weeks. During that stretch, Michael went 2-0 with two complete game shutouts. He also held opponents scoreless in his last 21 innings pitched.

Both Snell and Dallas were named to the league’s third team. Dallas led the conference, and ranked among the nation’s leaders, with 11 saves on the season. He made 18 appearances on the year with 17 of those coming out of the bullpen. He finished the year with a 2-2 record and a 2.93 ERA (1.01 WHIP). Dallas struck out 30 batters in just over 30 innings pitched. A versatile athlete, Dallas was called on to start the pivotal game four against UIW and took the game into the fifth inning surrendering just three runs getting the win to secure a playoff spot.

Snell only got better as the season wore on. Hitting below .200 to open the month of May, Snell closed the year .317 with two home runs and four doubles in the team’s final 13 games. He finished the year with a .244 average with two home runs, five doubles and 10 RBIs. Snell also proved himself to be one of the league’s top defensive catchers posting a .991 fielding percentage and threw out 12 of 19 attempted base stealers (.632).

West Orange-Stark recently announced its 2021 Most Valuable Players and athletes that earned the Scholastic All-District Team by lettering in... read more