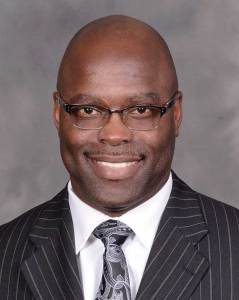 This week, I highlight an outstanding young man from the Orange community and a product of West Orange-Stark High School. He has a long list of accomplishments and has helped to mold the WOSH choral program. WOSH Choir Director, Mr. Caleb Henson. Mr. Henson has been teaching for seven years, and we have been honored to have him as a part of the WOSH team for the past five years.

Following his high school education at WOS, Caleb attended Louisiana State University on a full-tuition waiver scholarship for music and academics. He obtained his Bachelor’s Degree in Vocal Music Education. This month Mr. Hension will receive a Masters in Education Administration from Lamar University with a perfect GPA. In addition to his graduate program, he has also completed the WOCCISD Aspiring Administrator’s Leadership Academy during the 2020-2021 school year.

While attending WOSH, Caleb was a member of the Varsity Choir, National Honor Society, Student Council, Thespian Society, and other organizations. He claims his inspiration for teaching music came from his time at WOS and influences such as Ms. Barbara Dardeau. She guided his choral career for four years, and Henson claims that she convinced him to put down the basketball to focus on his natural talent in music. He did just that.

Recently, Mr. Henson led the WOSH Choir to receive superior ratings at UIL Concert competition and an excellent rating in UIL Sightreading. It has been since 2014 that any choir from WOSH has received a superior rating in this contest. This year, six students qualified for the Texas State Solo and Ensemble Contest, earning superior ratings on solos; nine students were named to the All-Region Choir, with one student advanced to All-Area.

During his tenure at WOSH, he has almost doubled the enrollment in the choral program and says he is always recruiting students to join the program made up of 3 overall choirs; Beginning Choir, Junior, and Varsity Choir. Ultimately his goal is to continue growing the program and expose students to concert performances, festivals, and contest participation. Caleb Henson says that his students inspire him daily, especially with the past year’s challenges; they have exhibited resilience and dedication to achieving success.

In closing, as I always convey, this illustrates John Maxwell’s philosophy that “One is too small a number to achieve greatness;” having team members like Mr. Henson continues to benefit WOCCISD in achieving greatness every day!