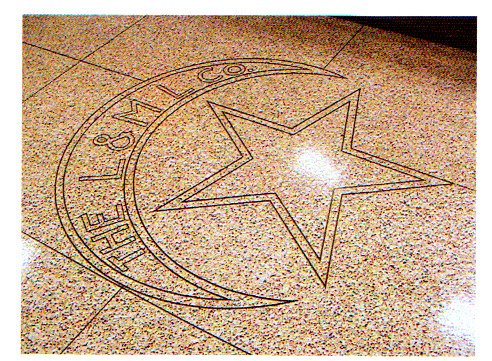 What Made Orange Great: Lutcher and Moore Lumber Company was the largest and longest lasting in Orange

In early 1877, Henry J. Lutcher, G. Bedell Moore and Thomas Rothwell spent some time touring the areas along the Neches, Angelina, and Sabine Rivers. The Pennsylvania men had heard of the large forests of virgin pine and cypress trees in Texas, and they were considering going to Texas and starting a lumber business.

In 1873, there had been only three small sawmills in Orange, operated by W.B. Black, R.E. Russell and Sons and Alexander Gilmer. The mills turned out shingles and lumber, which were then exported from Orange by water.

By November 1876, the last link in the railroad connecting Houston with Orange had been laid. This would give Orange access to the lumber markets in the interior of Texas.

Lutcher and Moore built the Star and Crescent Mill in Orange. The mill was located on a horseshoe crescent on the Sabine River. It was a modern mill covering 50,000 square feet with double circular saws, one 22 gang saw, two boilers and a 250 horsepower steam engine. Next door was a sash and door factory that employed 15 men and a shingle making machine.

There were 60 sawmill employees that were kept busy year-round. When the supply of saw logs got low, the men were sent out to work as lumberjacks cutting the giant cypress and pine trees and rafting the logs downriver to the mill.

The company bought up more than a half-million acres of timberlands in north Calcasieu and Beauregard Parishes in Louisiana and built 100 miles of tram road known as the Gulf. Red River and Sabine Railroad.

Lutcher and Moore operated 10 locomotives and 151 flat cars on the tram line.

Lutcher bought out his partner, Moore, and in 1890, Moore moved to San Antonio. That year the company was incorporated under a Texas charter.

In 1905, the company included two giant mills, known as the “upper” and “lower” mills, each with a daily capacity to cut 150,000 feet. That year saw the Lutcher-Moore Company shipping I excess of 125,000,000 feet of lumber annually. The power of the steam engines had been increased to 1,200 horsepower.

Each mill was equipped equally with double circular and band saws, the steam kilns could dry 65,000 feet daily. About 360 men were employed in the saw and planer mills, with another 500 logging in the forests and rafting the logs downriver to the mills in Orange.

Lutcher died in Cincinnati, Ohio on October 2, 1912. His son-in-law, W.H. Stark became president of the company after Lutcher’s death.

Production continued at about the same rate for each mill until the 1920 decade. The heavy harvesting of both pine and cypress began to deplete the once vast forests. In 1929, what was called “The Great Depression” began and prices of finished lumber began to fall. The demand for products from the mills declined until on September 19, 1929 the upper mill closed. The lower mill continued operation until the end of 1930 when it closed.

Even though the mills were closed the company stayed in business in a very limited way, as a distribution center.

During the World War II years, the company leased two small mills north of Orange and produced rough lumber in the amount of 150,000 to 200,000 board feet per month.

Following the war years, Lutcher and Moore operated a retail and wholesale yard in Orange utilizing the railroad facilities the company still operated.

One last attempt to operate a sawmill was made in the mid-1950s. A new mill was built on the site of the old lower mill. By 1957, the mill was ready for production. The new mill was electric powered and had vertical and horizontal saws, dry kilns, cooling sheds, and a planning mill. The mill employed 100 men.