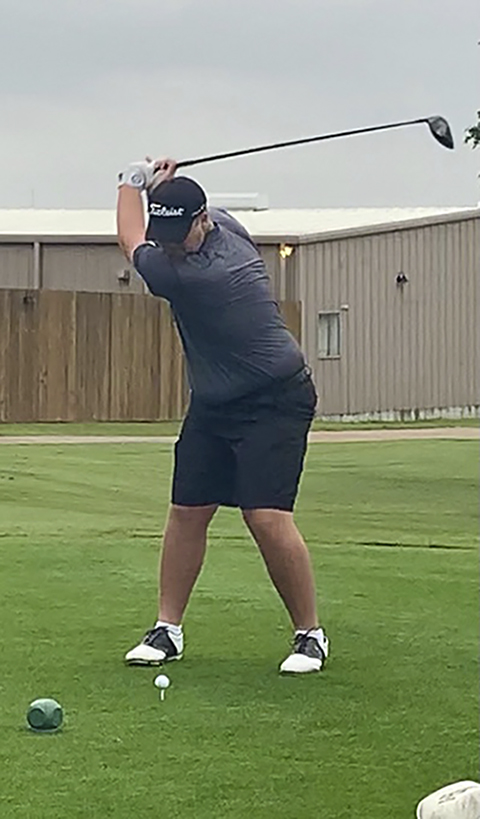 LC-M's Jack Burke tees off at the Class 4A State Golf Tournament.

Burke in third, Bears in eighth after Round One in weather-delayed State Golf

KYLE – The Little Cypress-Mauriceville Bear golf team and Orangefield’s Xander Parks competed and finally got Round One in at the Class 4A State Golf Championships Monday at Plum Creek Golf Course, despite a couple weather delays.

LC-M senior standout Jack Burke, the state champion as a sophomore in 2019, is in a tie for third-place after an even-par round of 71.

Wimberley’s Jaxon Donaldson leads the field after a superb 65 and holds a five-stroke lead.

Argyle’s Gaven Lane is second after a 70 while Burke is tied with Seminole’s Carson Johnson at 71. Several other players are in hot pursuit with 72s and 73s.

The LC-M team currently stands in eighth-place overall after a 336.

Argyle, which seems to be a state power in every sport, leads the team race after a 296.

Canyon and Monahans are tied for second after both schools fired a 312 while Melissa is fourth with a 315.

Round Two is slated for Tuesday, weather permitting.

The Orangefield Bobcats have their Class 4A Region III Regional Quarterfinals playoff series set against the Hardin-Jefferson Hawks this week.... read more