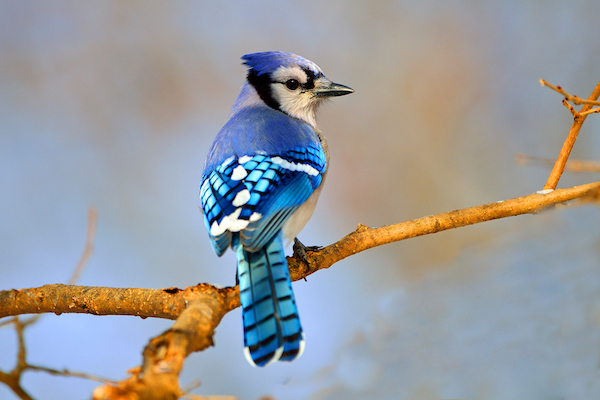 briankushner/traveisaudubon.org Scientists and naturalists expect to use information from the recent City Nature Challenge to better understand and protect the natural world.

HOUSTON — Nature lovers know thousands of native animal and plant species occur only in Texas, and participants in the City Nature Challenge set out to prove it this spring.
The four-day global competition showed the Houston/Galveston area placed first in the U.S. and third worldwide for species observed. The Dallas/Fort Worth area placed second in the U.S. for species observed and third in the world for number of observations made.
Jaime Gonzalez – director of Houston Healthy Cities and a representative of The Nature Conservancy in Texas – said often, people associate the state with desert landscapes. They forget it’s also home to the Gulf of Mexico, prairies, wetlands and bayou systems.
“We have tons of different sorts of ecosystems in the state, even in a region like Houston,” said Gonzalez. “So the more kinds of habitats you have – and the more richness those habitats present – the more species of things you’ll get.”
Residents of more than 400 cities in 44 countries used the ‘iNaturalist’ app to upload photos to participate in the friendly competition.
When it comes to personal contributions, Aaron Tjelmeland – director of Restoration Projects and a representative of The Nature Conservancy in Houston – placed second in the state by capturing more than 500 images on the 2,300 acre Texas City Prairie Preserve of plants, birds, fish and bugs.
“Sure enough,” said Tjelmeland, “there were probably 20 to 30 more species of bugs we found during that City Nature Challenge that we didn’t know were here – didn’t know used the preserve.”
Gonzalez said phone apps have helped regular people collect real science data.
“Houston is actually part of a global biodiversity hotspot,” said Gonzalez. “And people are now able to collect real science data – real community science data – using their smart phone.”
In total, during the four-day City Nature Challenge, more than 45,000 species were observed by about 55,000 people, who made more than one million observations to track biodiversity.

Shootout on the Sabine returns to the waterways

For the seventh year, Shootout on the Sabine hosted by the City of Orange Convention & Visitors Bureau and the... read more