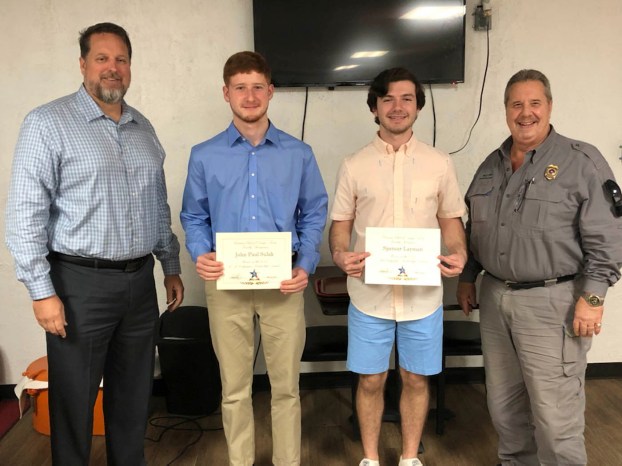 Little Cypress-Mauriceville seniors John Paul Sulak and Spencer Layman have received the Q.B. Culpepper and Ben Culpepper Leadership Awards from the Kiwanis Club of Orange. The awards, which are given to Key Club students, carry a $1,000.00 scholarship. John Paul will attend Texas A&M University and Spencer has committed to Baylor University in the fall.

Q.B. Culpepper was the founder of the Orange Kiwanis Club and a Superintendent of Mauriceville schools from 1931-1940. Ben Culpepper was his son and long-time member of the Kiwanis Club of Orange. The awards are based, in part, on the student’s service to the community through Key Club and other organizations in which the student is active. Academics and need are also considerations.

The scholarship program is one project of the Kiwanis Club, whose emphasis is serving the children of this community. The club also sponsors the annual Christmas Parade in downtown Orange, as well as other programs that benefit children.

Escaped criminal back in custody

PRESS RELEASE— On Wednesday, May 12, 2021 escaped inmate Drew Davis Paul was taken into custody at the Travel Plaza in... read more