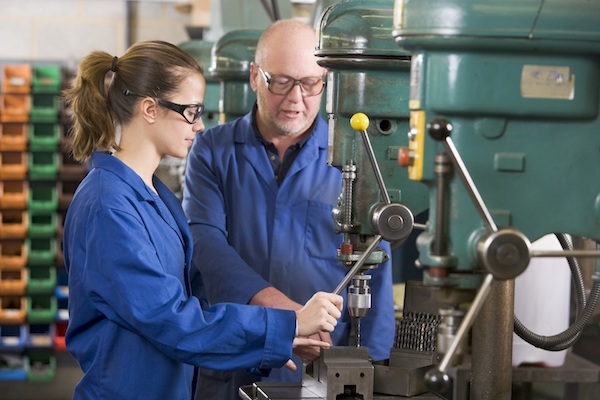 AUSTIN, Texas – Community colleges offering apprenticeship programs are poised to get a $12 billion boost from President Joe Biden’s infrastructure plan.
In Congress, members of both parties have expressed support for targeting funds for community college-based apprenticeship programs – typically used to train workers on the job, allowing a person to earn wages while also taking courses.
Taylor White, national director for the Partnership to Advance Youth Apprenticeship at the nonprofit group New America, said apprenticeships are no longer only for people in the construction trades – but for those who want to work in cybersecurity, business or healthcare.
“So, apprenticeships have a really long history, in this country and the world over, of being the training option of choice for skilled trades,” said White. “It’s work you do with your hands and so, you need to learn that in a workplace setting where you’re actually gaining experience doing the work.”
Even before Biden’s pledge to support community college-based apprenticeships, the Brookings Institution urged the U.S. to expand and update its apprenticeship offerings as the country recovers from COVID-19.
A majority of U.S. jobs now require education beyond high school, but in many states, only about half of adults have the necessary schooling.
The pandemic curbed most college students’ ability to attend in-person classes. White said that has led many who want more than a high school diploma but aren’t ready to commit to a four-year degree to seek out community colleges.
She said apprenticeships as an educational model can lead to a lifetime of higher wages.
“But they can also be in some ways for folks a safer starting point than diving into a four-year degree that’s far away from home,” said White, “that may be a little bit hard to commit to, both financially and distance-wise.”
Starting pay for jobs available to those who have apprenticed often pay $15 to $20 more per hour than minimum wage.

By Dawn Burleigh Rain may have prevented a tree rom being planted but it did not stop the children at... read more