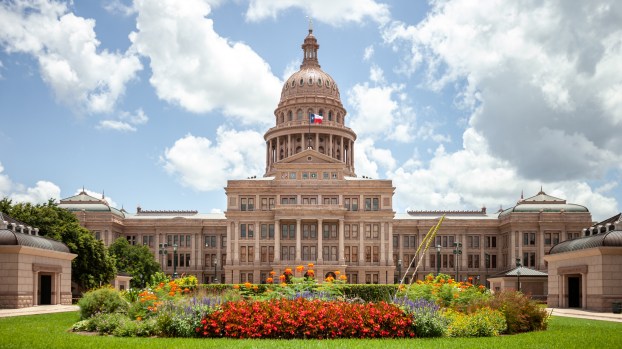 Texas State Capitol in Austin, Texas on a sunny summer day with colorful flowers in the front yard

AUSTIN, Texas — The U.S. Census Bureau announced Monday Texas will gain two additional congressional seats, the most of any state in the nation.
The additional seats are largely due to an increase in residents of color, particularly Hispanics, some of the same voters Texas lawmakers have targeted with bills that would make it harder to participate in elections.
David Becker, executive director and founder of the Center for Election Innovation and Research, said local election officials employed strategies to allow as many people as possible to vote during the pandemic, and those policies soon may be overturned.
“The Texas bill that’s being considered now, Senate Bill 7, would significantly roll back those efforts and pretty much enshrine Texas as one of the hardest states to vote in the country,” Becker asserted.
In addition to enacting voter restrictions, Senate Bill 7 would reduce local control over elections.
The census data show two million more residents now live in Texas compared with 2010, and through 2019, Hispanics made up more than half of the state’s population growth.
Census data show population growth is concentrated in diverse urban centers and suburban communities. In Harris County, where voting increased 10% in 2020 over 2016, the Texas Civil Rights Project showed most of those who used drive-through or 24-hour voting were people of color.
Rae Martinez, senior director for the nonprofit group Texas Rising Action, said proposed legislation would eliminate flexible voting options used by young people and people of color.
“These folks are looking to shut out Texans of color, specifically with these bills, that allow for more Texans of color to access the ballot box,” Martinez contended.
Supporters of the bill say Texas needs to improve election security. Critics argue the Republican-led efforts to roll back voting access is primarily aimed at cities, where voters often favor Democrats, while having little impact on voters in rural areas that lean toward Republicans.

OrangeYouBold: Always ask to mat or not to mat

Tricia StroudOrangeYouBold Hello beautiful people. I had nothing better to do this week except challenge my sanity. Insert sarcasm. As... read more