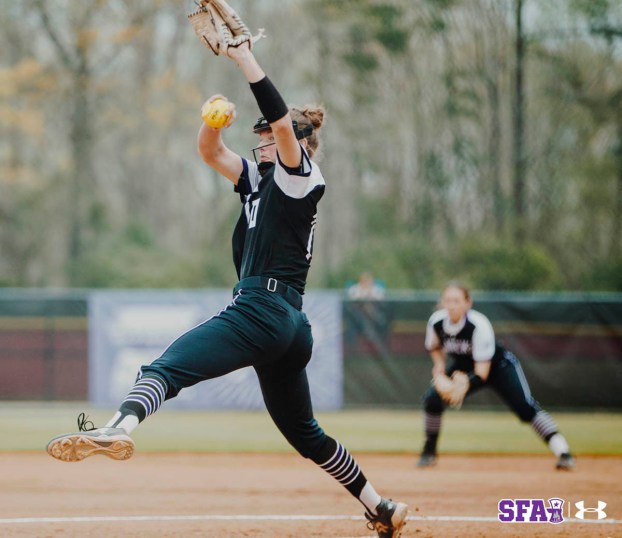 Setting them up & mowing them down: BC’s Wilbur earns 4th Player of the Week honors for Lady Jacks

SFA junior pitcher Kassidy Wilbur, a former Bridge City Lady Cardinal standout, continues to show why she is the best pitcher in the Southland Conference.

“I think that this year being an upperclassman and being through this before she has the confidence,” head coach Nicole Dickson said. “That is the difference maker.”

Wilbur has been dominant all season and leads the country in wins (25-3) and is tied for third in shutouts with 11. She ranks 10th in the nation with a .92 ERA and is fourth in strikeouts with 223.

The Lady Jacks have dominated the Southland Conference this year. They are 20-1 in SLC play and 29-9 overall.

Wilbur and her team travel to Huntsville on Friday to start a three game series against Sam Houston. SFA needs just two wins in the final six games to clinch the conference title.

Bobcats down Vidor to snare 22-4A crown