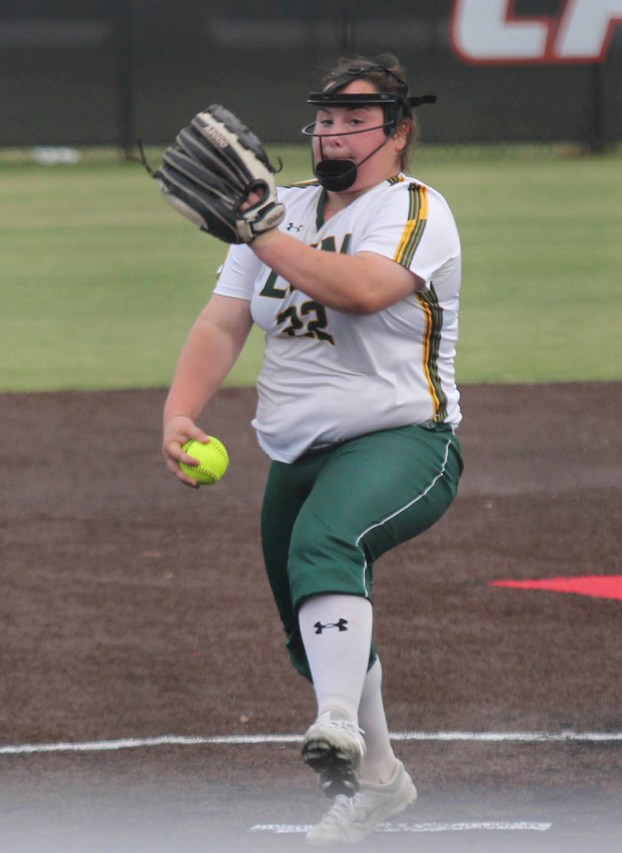 Lady Hawks roll past Lady Bears in Game One

BRIDGE CITY – On fire from the plate all night long, the Hardin-Jefferson Lady Hawks downed the Little Cypress-Mauriceville Lady Bears 14-4 in six innings at Lady Cardinal Field Wednesday night to take Game One of their best-of-3 Class 4A Region III bidistrict series.

The Lady Hawks (26-12-1), the third-place team out of District 21-4A, picked up 16 hits against LC-M pitchers Karson Friar, Bailey Frenzel and Cami Shugart and they also took advantage of six LC-M (22-8-1) errors in the early going.

Cheyanne Lee got the win on the H-J hill as she worked six innings, allowing five hits while striking out just one and walking four. Molly Beavers pitched the seventh, allowing two hits while walking one and fanning one.

The top three hitters in the H-J lineup did most of the damage. Leadoff hitter Karleigh Hensley was 3-for-5 and scored four times. Karynton Dawson was 4-for-4 and drove in a pair of runs while Kayley Prudhomme was 2-for-3 and drove in four runs.

H-J scored two runs in the first after a couple hits and a couple Lady Bear errors.

They extended it to 5-0 after the top of the second on a Grace McIntosh RBI single up the middle and scored their other two on a Prudhomme single between first and second.

The Lady Bears made it 5-1 in the bottom of the second when Jacelyn Cook hit a triple to right and scored off an Ansley Moore sacrifice fly to center.

The Lady Hawks tallied three runs in fourth as a Prudhomme infield single scored one run, a Hannah Jones groundout scored another and Prudhomme eventually scored on an error.

The Lady Bears battled with two runs in bottom half of the fifth.

Ava Wright had a two-out infield single and Cook reached on an error. Shugart then ripped a two-run single up the middle to make it 12-3.

H-J tacked on two runs in the top of the sixth.

Lee had a double down the third base line and scored when Provost hit a deep shot to right and ran all the way in to score for a two-run inside-the-park home run.

The Lady Bears scored a run in the bottom of the sixth.

Friar drew a one-out walk. Madeline Stephenson, who had a double back in the first inning, hit into a fielder’s choice as Friar was out at second. Frenzel promptly belted a RBI single up the middle to plate Stephenson.

The Lady Bears will look to regroup Friday and try to play two games. Game Two will be Friday at 4:30 p.m. at Bridge City’s Lady Cardinal Field with Game Three to follow if necessary.

The Bridge City Lady Cardinals (12-15-1) also dropped Game One of their series to 21-4A champion Liberty (26-6) 4-0 Wednesday in Liberty. The Lady Cardinals will host Liberty in Game Two Thursday at home at Lady Cardinal Field.

ANAHUAC – It was tough sledding for the District 22-4A champion Lady Bobcats in Game One of their best-of-3 Class... read more