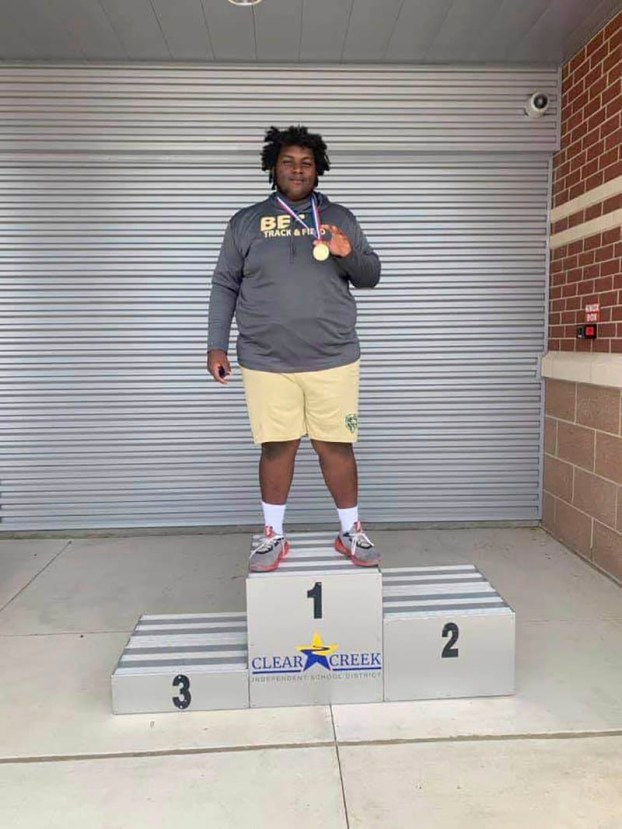 Photo courtesy LC-M Track LC-M’s Kollyn Brown will be heading to State in both the discus and the shot put after winning both events at Regionals.

LEAGUE CITY – Little Cypress-Mauriceville senior thrower Kollyn Brown proved to be too much of a “beast” for his Class 4A Region III track counterparts over the weekend as he captured first-place in both the discus throw and the shot put at the 4A Region III Track Championships.

Brown won the discus with a toss of 153 feet, 5 inches on Friday. He came back Saturday and won the shot put too, winning with a heave of 53 feet, 11 inches.

He will be joined at State by Orange Countian Raegan Stephenson of Vidor. The freshman standout captured first-place in the girls high jump with a leap of 5-4.

The University Interscholastic League’s State Track Championships will be held at the University of Texas in Austin May 6-8.

District 22-4A baseball, softball standings; schedules for the week

Here are the updated District 22-4A baseball and softball standings and schedule for the week: BASEBALL Orangefield (16-6-2, 9-2) Silsbee... read more