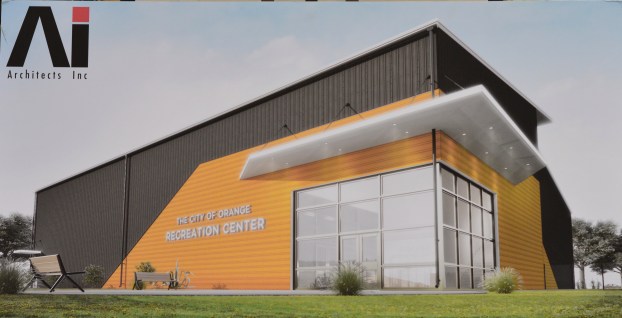 Last week, Orange City Council awarded the construction contract for the Recreation Center to N & T Construction for the amount of $2,932,500. It brings the project on step closer to the day it can open the doors to the community.

The budget also included adding an area for showers for first responders during an emergency setting, a secured pass to enter to create a safe haven for children as well as expanding the parking lot.

“The project was first approved in December 2018,” Mayor Larry Spears Jr. said. “This is the Lord blessing us. We are able to repurpose a building which, for four decades, has been for the youth and citizens of this community and gives them something to do besides sit around.”

Spears added, “This is a generational game changer. Kids will have options.”

Instead of youth getting involved with the judicial system, which would affect entire families and extended family members, the youth will have a positive place to hang out.

“Instead of an entire family being affected by one bad decision, by having a place to go, it can have a positive impact on the community as a whole,” Spears said.

City Manager Mike Kunst said it takes about 30 days once the contact is awarded to see any the results of the next step.

“We should start to see something in May,” Kunst said. “First the old building has to be demolished.”

Kunst said that while he joined the city after the project started, he said it feels good to be a part of it and to the see the excitement it is generating.

While it has taken time to get here, one delay was discovering the city did not actually own the property.

“Turns out it belonged to the school district,” Kunst said. “They donated it to the city after we made the discovery.”

West Orange Cove Consolidated ISD Superintendent Dr. Rickie Harris said he unaware concerning the ownership until Kunst contacted him when the discovery was made.

“Once we found out, it was presented to the school board,” Harris said. “The board donated to the property to the city. We did not have a problem donating it to the city.”

The Board of Trustees made the donation during the August 2020 meeting.

Council member Caroline Hennigan said the project is a great benefit for the city.

“Giving young people a place to engage in healthy activity will benefit the city in that the lives of our young people are impacted in a positive way,” Hennigan said. “We are defined by the value we place in our future.  Our future lies in our youth. Any investment we make in them is a winning investment.”

Seeing the project change from a possibility to a reality was seen firsthand by Hennigan.

“When I joined council, it was an idea that was transitioning into a feasible and possible project,” Hennigan said. “Council had already toured the natatorium and determined it was no longer of use. Mayor Spears had the vision to create a safe, healthy space for youth activities. I’m blessed and excited to now be a part of the Rec Center becoming a reality.”

As the council and staff are excited to see the project move forward, so is Hennigan.

“The rec center will take a currently unusable city facility and turn it in to a place where young people can engage in healthy activities such as basketball and ping pong,” Hennigan said. “Being a part of the transition from the rec center being an idea to becoming a reality is very satisfying.  It’s an honor to share the Mayor’s vision for more positive outlets for the young people of Orange.”

The recreation center is just one of many projects the city is working on.

“The rec center is the biggest youth-oriented project we are currently working on.  The youth will also benefit from the new running/walking surface being installed at Northway Park.  I absolutely love passing the Lion’s Park and seeing how many children are using it daily,” Hennigan said. “We are currently working on a new pavilion at Lion’s Park for parties and picnics too. We can’t go wrong improving our parks and adding more opportunities for healthy activities.  The children and youth of Orange deserve the best that we can provide for them.”

“We have a test section at Northway Park with a new surface,” Kunst added. “It has been holding up well and we may be able to move forward with it this summer.”

To The Leader First Presbyterian Church is excited to announce that Rev. Bobby Daniel will be the new Parish Minister. ... read more