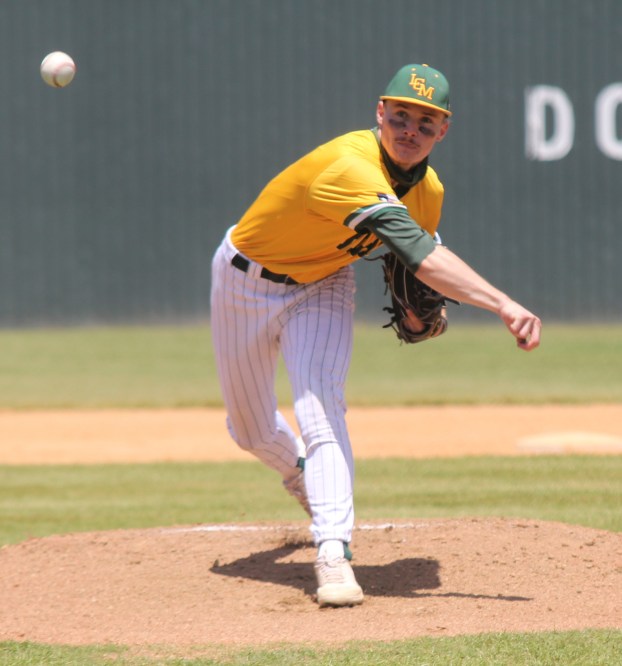 LITTLE CYPRESS – Little Cypress-Mauriceville received a stout mound performance from pitcher Zach McNeil and utilized a solo bomb from Anthony Bandiero against Orangefield Saturday afternoon at Gibbens Field as the Bears kept the Bobcats from clinching the outright District 22-4A title with a 1-0 victory.

McNeil allowed just one hit in six innings of work for the Bears (13-12, 7-3), while striking out five and walking five. He had a no-hitter going through 5 2/3 of work until Bobcat Logan Gipson had an infield single with two outs in the top of the sixth.

The lone run of the game came when Bandiero roped a solo home run over the right centerfield wall off Bobcat left starter Trent Eaves to lead off the bottom of the second.

Jody Ray picked up the save on the hill for the Bears by tossing in the seventh.

Jason Bodin tossed to two batters in the fifth, walking both while Jace Gipson tossed the final two innings for Orangefield.

Both teams threatened at times, but solid pitching and defense prevailed as each team had runners in scoring position in three different innings apiece.

The Bears actually left the bases loaded twice and the Bobcats once.

After Bandiero’s home run shot, the Bears left the bases loaded in the bottom of the second.

McNeil, who was 2-for-3, had a double to right center and Reid Peco followed with a single down the first base line. Dan Reynolds hit a deep fly ball for an out and the Bears were thrown out at home in trying to score on a sac fly. Austin Nichols drew a walk and Brayden Guillory reached on an infield single but Eaves got out of it with a strikeout of Zack Krummel.

The Bobcats put two runners in scoring position in the top of the fourth.

Kameryn Henderson got nailed by a pitch with one out and Tyler Shearin walked. A Logan Gipson groundout pushed them into scoring position. McNeil got out of it by forcing a groundout by Gunner Jones.

The Bears loaded the bases again in the bottom of the fourth.

McNeil had a leadoff single up the middle. With two outs Nichols singled to shallow left center and Guillory walked to load them up. Eaves worked his way out of another jam with a groundout by Krummel.

Orangefield threatened again in the top of the fifth.

Ryan Trahan drew a leadoff walk and with two outs Macoy Marze reached on an error at third. Both runners moved over a base after a passed ball but McNeil got a groundout to first base by Tyler Washington.

In the bottom of the fifth the Bears received two leadoff walks to Ashton Landry and Austin Smith by Bodin as Jace Gipson then went to the mound for the Bobcats. A Bandiero groundout moved both runners into scoring position but Gipson got McNeil to ground out and Peco to fly out.

The Bobcats came away empty-handed despite loading the bases in the top of the sixth.

With two outs, Logan Gipson reached on an infield single and McNeil walked both Jones and Trahan to load them up. He got out of trouble when he got Bryce Bergeron to ground out.

LC-M’s Ammons signs to play soccer at Central Methodist U.