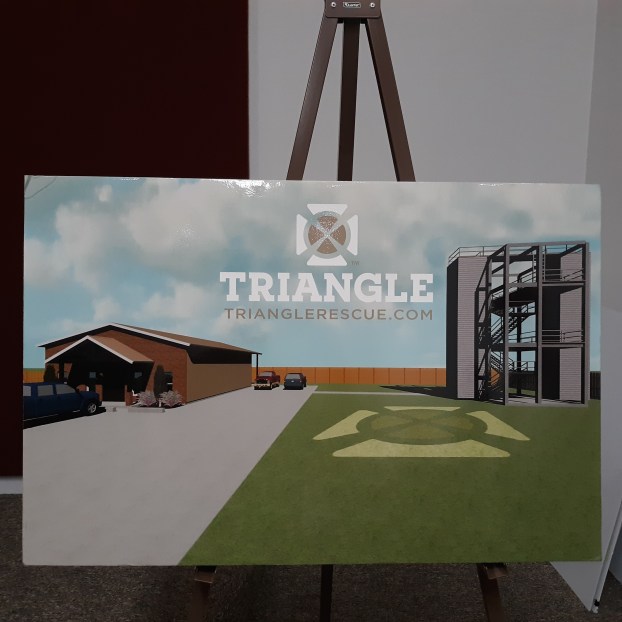 Dawn Burleigh/Orange Leader Triangle Rescue is adding an extension to its current location.

City of Orange sees more events in the future

Following an event filled weekend, Director of Economic Development Jay Trahan commented on the hard work that went into the events.

“The CVB put in a lot of hard work for all three events, Bassmasters, Art in the Park and the Car Show,” Trahan said. “I also want to acknowledge Parks Manager James Lawrence and his staff for their parts in making it a success.”

“There will be a free zydeco concert followed by fireworks,” Trahan said. “The fireworks are a reschedule from the Fourth of July due to COVID.”

“This is part of a GLO grant from 2017,” Fore Chief David Frenzel said.

The grant provides $94,000 towards the purchase of the two vehicles. One would be for the fire department and the other for the police department.

Frenzel asked the council to consider using $10,000 donated to each department to be used towards the purchase price as well as $46,000 of city reserves.

The single bid for the two vehicles was for $160,000. The last vehicles purchased like these for this service was in 1983.

“Seventeen named storms are expected this hurricane season,” Frenzel said. “We hope to never have to sue them but we will have them if we have the need.”

Mayor Larry Spears Jr said he agreed. “It is better to have them than to have to look for them at the last minute,” Spears said.

Council member Caroline Hennigan said she liked that they were utilizing the donations for the purchase.

“We felt it is well worth it and giving back to the community,” Frenzel said.