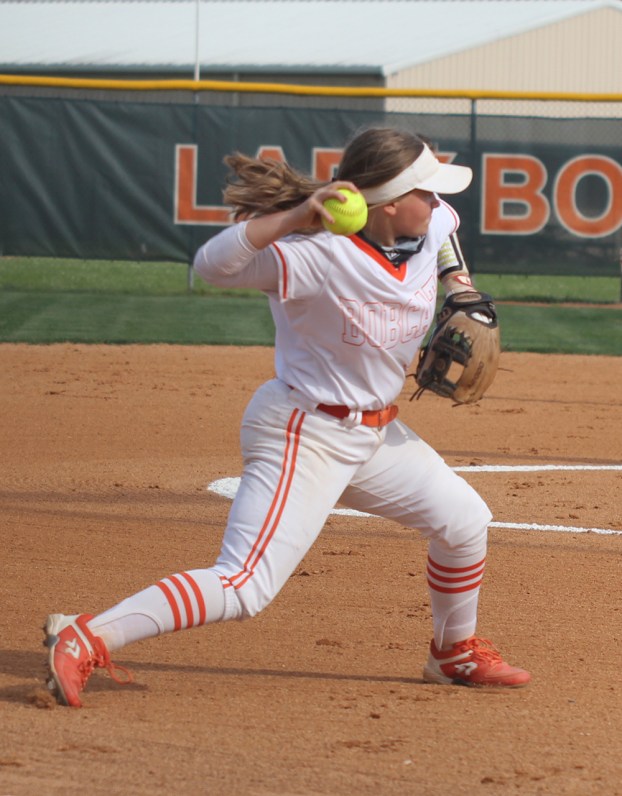 The Lady Bobcats pounded out eight hits and took advantage of 10 walks issued by Silsbee pitchers Kennedy Blincoe and Maggie Blythe and the Lady Tigers made six errors in the field behind them.

Orangefield had two runs in the bottom of the first.

Emma Humplik and Olivia Grant each drew one-out walks. Sorge then sent an RBI single up the middle to score Humplik and Grant raced in as well to score on a throwing error.

The Lady Bobcats tallied two runs in the second.

Orangefield struck for three runs in the third.

Joli Ponfick drew a one-out walk. Abigail Curphey, who was 2-for-3, singled up the middle and Hughes reached on an infield to load the bases.

Ponfick scored on a wild pitch to make it 5-0. After Ryden Stanfield walked to load the bases, Grant and Sorge drew back-to-back walks to give Orangefield two more runs.

The Lady Bobcats finished it off with a six-run fourth.

Heather Mineer had a leadoff walk and scored on a Ponfick RBI double to left. Curphey brought home Ponfick with a RBI single to left.

Rylee Doudy reached on a walk and Stanfield did as well after being hit by a pitch. Humplik sent a RBI single to left and Doudy scored on a wild pitch.

Grant brought in Stanfield with a RBI groundout and Humplik scored when Sorge reached on an error.

District 22-4A baseball, softball standings; schedule for the week

Here are the updated District 22-4A baseball and softball standings and schedule for the week: BASEBALL Silsbee (14-5-1, 5-1) Orangefield... read more