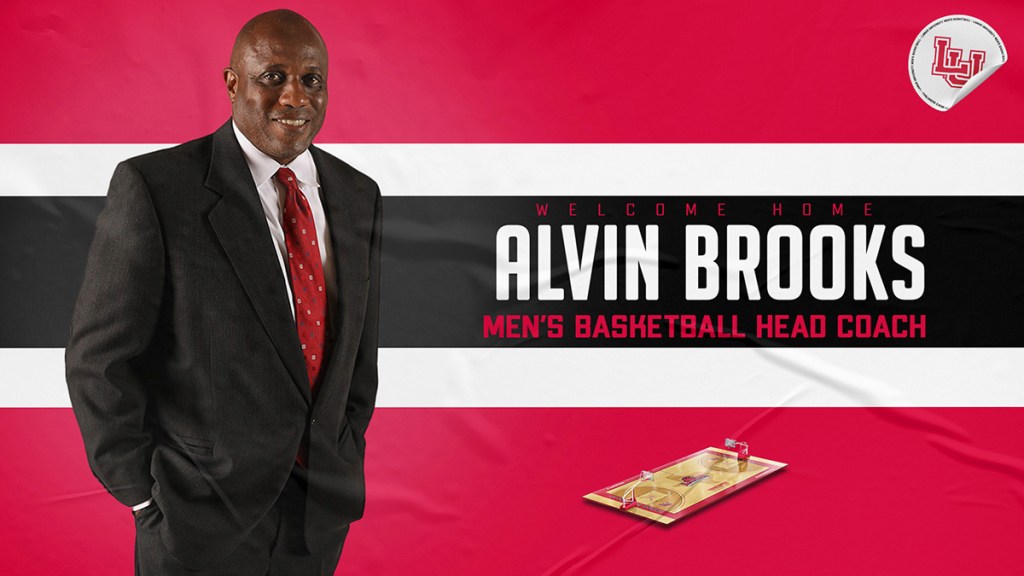 BEAUMONT – One of the all-time great players in Lamar University Cardinal basketball history, Alvin Brooks was named the program’s 12th head coach on April 1, 2021. Brooks returns to the program that he led to the 1980 NCAA Sweet 16 as a player, and where his coaching career began.

A college coaching veteran with 37 years’ experience on the sidelines, Brooks has participated in 23 postseason tournaments as a coach or student-athlete – including most recently serving as an assistant on a Houston squad that advanced to the 2021 Final Four in Indianapolis. During his career, Brooks has helped coach teams to seven conference championships, including two with LU (1982-83 and 1983-84). The list of conference titles that Brooks has been a part of includes the 1983 and 1984 Southland Conference (LU), 1992 Southwestern Conference Co-Champions and SWC Classic Champions (Houston), 2004 WAC Co-Champions (UTEP) and the 2019 and 2020 American Athletic Conference titles (Houston).

A former All-Southland Conference guard for the Cardinals in the early 1980s, Brooks returns to the Golden Triangle after spending the previous 11 seasons with the Cougars. During his time in Houston, Brooks has helped build the program back to national prominence.

The Cougars have finished either first or second in the American Athletic Conference standings in each of the past four seasons, and have won at least 20 games in each of the previous six seasons – including a 33-win campaign in 2018-19. The consecutive seasons of at least 20 wins is the most successful six-year stretch in program history. The 2020-21 season also marked the fourth consecutive season the Cougars have finished ranked among the top 25, which is also a program first.

The list of program firsts doesn’t stop there. In 2018-19, Houston posted a school-record 33 wins and posted the program’s first outright AAC regular-season championship. That season, the Cougars advanced to the NCAA Tournament Sweet 16 for the first time since 1984.

Before joining Kelvin Sampson’s staff, Brooks spent five seasons as the Cougars’ head coach from 1993 to 1998, becoming one of the nation’s youngest head coaches at the time, and Houston’s first African-American head coach in program history.

Brooks’ coaching career began at his alma mater in 1981 where he would serve as an assistant to Cardinal Hall of Honor head coach Pat Foster for the next five seasons. During that stretch, the Cardinals won 109 games, posted a .712 winning percentage (109-44), made four postseason NIT appearances, win two Southland Conference regular-season titles and advance to the 1983 NCAA Championships where they advance to the second round of the tournament.

Fans of the Red and White will always remember Brooks for his time as the Cardinals’ point guard from 1979 to 1981. A two-year letterwinner who played for legendary coaches Billy Tubbs and Foster, Brooks guided the Cardinals to 47 wins – including three NCAA tournament wins, consecutive SLC titles an NCAA Sweet 16 appearance.

A 1981 All-Southland selection, Brooks was a 10th-round selection of the San Antonio Spurs in the 1981 NBA draft. Selected by the Beaumont Enterprise as one of the five greatest players in LU history, Brooks was inducted into the Cardinals Hall of Honor in 2019.

In just two short seasons with the Cardinals, Brooks became the school’s all-time leader in assists with 432 – a mark which still ranks second in program history. Brooks averaged better than 10 points per game during his senior season and set the school single-season record with 249 assists.

A 1982 graduate of LU, Brooks and his wife, Richelle, have five children – daughter, Andree, and sons Casey, Julian, Vincent and Alvin III.

Season ticket renewals are currently available for fans that had 2020-21 season tickets as well as those that had season tickets during the 2019-20 season. Fans that would like to purchase new season tickets can do so by clicking on the link below or by calling the Lamar University Athletic’s Ticket Office at (409) 880-1715.