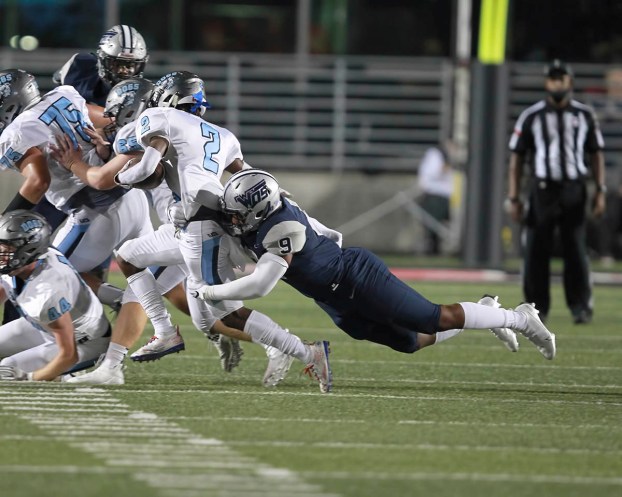 West Orange-Stark’s Tyrone Brown will look to repeat as the best Defensive Player in Southeast Texas as he is one of the four finalists for the Willie Ray Smith Defensive Award.

Brown, a linebacker, was the WRS Defensive Player of the Year last season.

Brown notched 118 tackles, seven tackles for losses, five caused fumbles, three fumble recoveries in which he returned two for touchdowns and three sacks as he helped lead the Mustangs to yet another district crown. Brown signed to play college football at Baylor University and is already enrolled in school in Waco.

The banquet, sponsored over all these years by the Beaumont Lions Club, will be held Apr. 29 in Beaumont.

A nice retirement bash for Coach Crouch at LC-M