OP-ED: Voter suppression in the Lone Star State, past and potential future 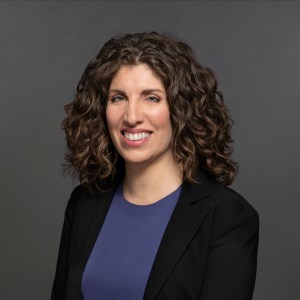 All Texans deserve a free, fair, and accessible elections system. And even though Texas politicians have been hard at work for years to build barriers to the ballot, voters have shown they won’t be stopped: Texans registered and voted in record numbers in 2020.

But while participation should be welcome in a democracy, Republican politicians in Texas are hard at work erecting obstacles to the vote, introducing a slew of bills introduced in the Texas legislature, including an omnibus voter suppression bill called S.B. 7. Legislators are relying on the dangerous, debunked myth of voter fraud to push for these restrictive bills. If the facts tell us anything, Texas politicians would do best to act reasonably instead: stop the alarmism and respect Texans’ access to the ballot.

Many of the proposed policies would interfere with the vote and are steps in the wrong direction. They range from restrictions on voter registration to tightening eligibility on absentee voting — a particularly noteworthy turn of events given that Texas is already more restrictive with those two things than most of the states in the country. And they are not really masking their intentions. For example, last fall, Harris County, home to Houston, offered the state’s first-ever 24-hour voting sites. But S.B. 1115 would keep jurisdictions from offering expanded hours for voting. S.B. 1113, on the other hand, punishes election officials if they do not purge voter rolls aggressively enough. Again, a step in the wrong direction given Texas’s past history with sloppy purges that disenfranchise eligible voters. For its part, H.B. 6 would limit the ability of election workers to protect voters against illegal disruption and harassment by “watchers.”

But those bills are only a smattering. The wide-ranging S.B. 7 would ban counties from proactively sending out vote-by-mail applications and further prohibit them from merely encouraging voters to apply to vote by mail. The bill would also require voters with disabilities to obtain and provide documentation in order to qualify to vote by mail. It allows poll watchers to video or record voters, which is basically an invitation for harassment.

While the politicians are busy limiting access, they are also scaring voters into fearing for the security of our elections. Prominent Texas Republicans gratuitously amplified lies of voter fraud in the aftermath of the 2020 election. Yet they do not doubt the legitimacy of the election in which they were declared the winner. And in a recent Texas House of Representatives Elections Committee hearing, we heard many of the boogeymen raised in the past: direct and indirect allegations of fraud.

The clear and present threat to our democracy — in Texas and nationwide — is not voter fraud, but rather voter suppression. In Texas, Gov. Greg Abbott and Attorney General Ken Paxton worked overtime to curtail access to vote by mail, secure ballot drop boxes, and drive-through voting, among other voter-friendly measures.

Indeed, an analysis of Texas’s voting laws in 2020 concluded that it is harder to cast a ballot in Texas than in any other state across the country. The state already severely limits those who may vote by mail, makes voters pay their own postage if voting by mail, and limits online voter registration to a limited category of voters. It also offers no avenue for voters to correct signature defects after Election Day, imposes onerous requirements on any citizen who wishes to register voters, and requires voters to register 30 days before the election in which they want to vote, tied for earliest in the country.

While we can’t change the impact of these restrictive policies on previous elections, we can eliminate the barriers they pose to voters in future contests — and that means stopping these voter suppression bills, especially SB 7. Congress can act to protect Texans from their politicians by passing the John Lewis Voting Rights Advancement Act, which would restore the full protections of the Voting Rights Act and prevent discrimination in voting, and the For the People Act, which sets forth a minimum federal floor of access in federal elections — irrespective of what state you are in.

In Texas, it is past time for lawmakers to leave the divisive lie of voter fraud in the past, where it belongs, and turn their attention to ensuring all Texas voters have fair, free, and equal access to the ballot box moving forward.

Myrna Pérez is director of the Brennan Center’s Voting Rights and Elections Program, and leads the Program’s research, advocacy, and litigation work nationwide.

OP-ED: Talking About Parenting: Working with people who think differently from you

Chris Kovatch Generally, the topics I write on are tied to experiences I have had recently. I always make every... read more