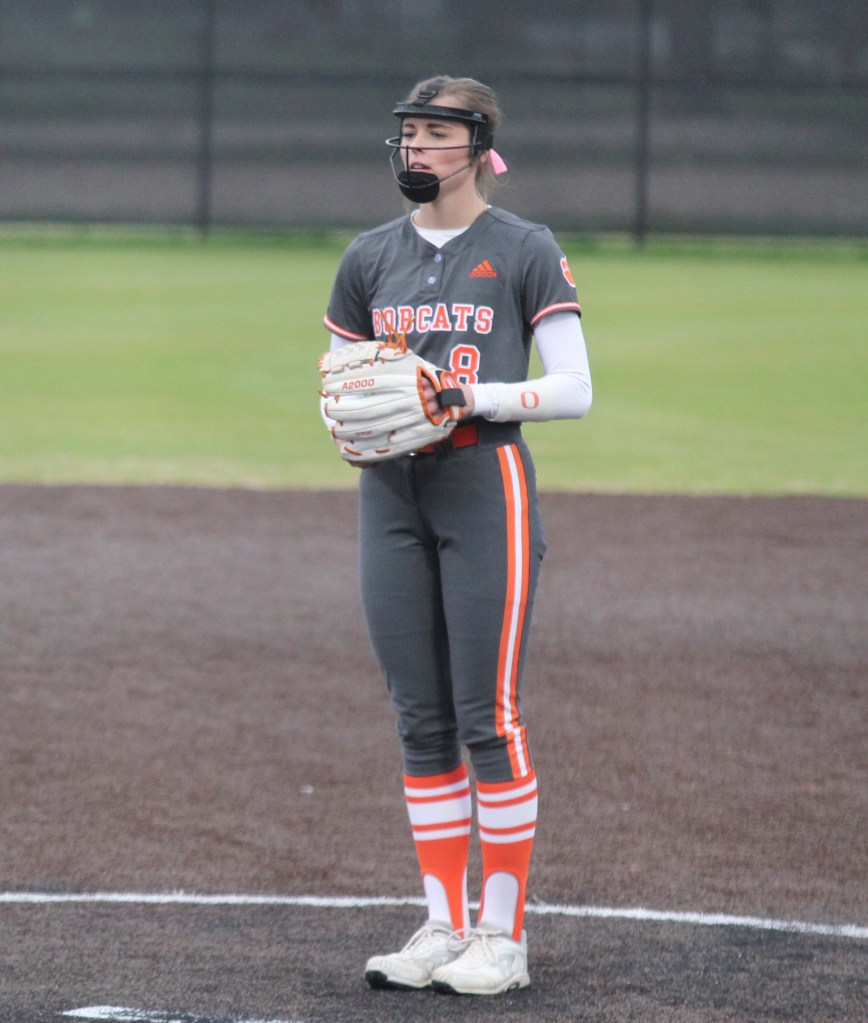 Van Wade/Orange Leader Orangefield's Codie Sorge got the win on the mound and drove in six runs from the plate against Bridge City.

Sorge worked all five innings on the hill for the Lady Bobcats (14-4, 3-0), allowing just two hits while striking out eight and walking two.

However, she did some major damage at the plate as she went 3-for-3 with a home run, a triple and a double and drove in six of the runs.

The Lady Bobcats struck for four runs in the top of the first.

Ryden Stanfield, who was 2-for-3, drew a leadoff walk. Emma Humplik, who was 3-for-3 with a triple and two doubles, doubled to right and Olivia Grant followed with a walk to load the bases.

Sorge promptly roped a three-run trip to right centerfield. Heather Mineer then made it 4-0 with a RBI groundout.

Stanfield reached on a one-out infield single and went to second on an error. After Humplik drew a walk, Sorge slapped a two-run double to right center to push it to 6-0.

The Lady Bobcats scored two runs in the fourth.

Stanfield reached with one out on an error and Humplik scored her with a RBI triple down the first base line all the way to the wall.

After that, Grant reached on error to score the eighth run.

Orangefield put the game away with a six-run fifth.

Joli Ponfick reached on an error to get it going. She moved to second off a sacrifice bunt by Abigail Curphey. Madison Hughes drew a walk and Stanfield singled to right to load the bases.

Humplik smashed a two-run double to left center and Grant followed with a three-run home run blast over the centerfield wall. Sorge made it 14-0 when she hit a solo bomb over the leftfield fence.

The Lady Cardinals left a pair of runners stranded in both the third and fourth innings.

In the third, Fall got a leadoff single to right off Sorge and Haley Munoz would reach on a bunt and an Orangefield error but Sorge got out of it with two strikeouts and a groundout.

In the fourth Marlie Strong crushed a leadoff double to right centerfield and ended up on third after a wild pitch. With two outs, Hannah Murchison drew a walk but Sorge wrapped the inning up with a strikeout.

The Lady Bobcats return home Tuesday to host Lumberton while the Lady Cardinals will look to bounce back on the road at Silsbee.