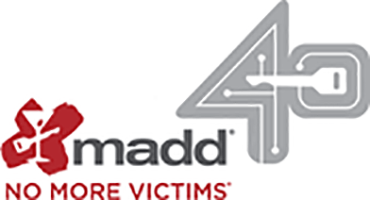 MADD Reminds Everyone to Keep Safety Top of Mind this St. Patrick’s Day

Mothers Against Drunk Driving is reminding everyone to plan ahead for a safe ride home this St. Patrick’s Day, which continuously ranks as one of the most dangerous holidays on our nation’s roads.

“After a year of experiencing the pandemic, we know that people may be looking for opportunities to celebrate – and that safety may not be top of mind,” said Casie Harris, Victim Services Specialist for MADD. “It’s so important to arrange for a safe and sober ride home anytime your plans include alcohol.”

“Buzzed driving is drunk driving. Even if you’ve had just one drink, please designate a non-drinking driver, take public transportation or call a taxi or rideshare service,” said Harris. This is very important to Harris, not only is she an advocate for victims and survivors of drunk and drugged driving, but her brother was killed by an intoxicated driver.

MADD also reminds everyone that it is illegal to drive while impaired by any substance, including legal and illegal drugs.

“Contrary to what some people think, marijuana does not make you a better driver,” Harris said. “In fact, it slows reaction time and the ability to make decisions, all of which are necessary to drive safely. The risk of combining alcohol and marijuana is greater than either by itself.”

St. Patrick’s Day For many years, one of the prevailing stories about St. Patrick involved the patron saint of Ireland... read more