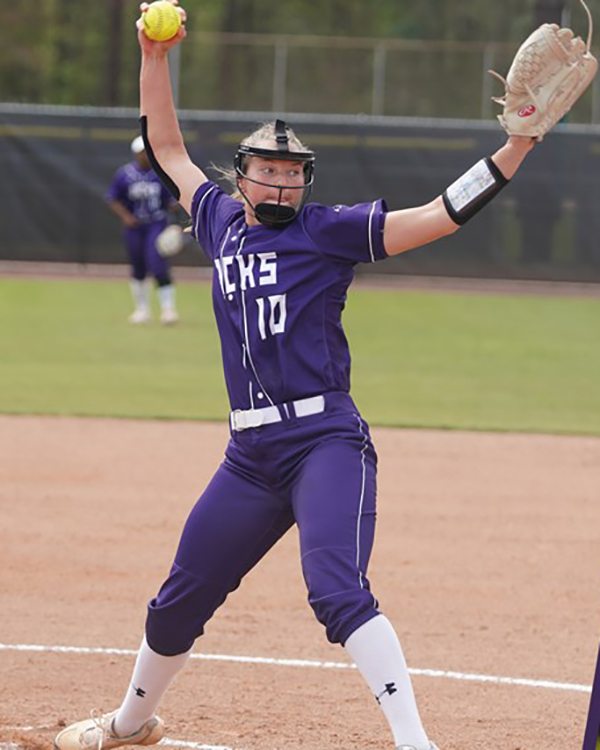 FRISCO, Texas — Recognition from the Southland Conference office made its way to Nacogdoches on Monday with the announcement that Shaylon Govan and Kassidy Wilbur swept the league’s weekly player awards following a 4-0 week for SFA. Govan earned the league’s Hitter of the Week award, while Wilbur brought home Pitcher of the Week honors.

Govan, a sophomore, was a no-brainer for the hitting award after posting an obscene .769 batting average as well as a 1.846 slugging percentage in SFA’s four victories. The Katy, Texas native scored nine runs, drove in 10 more, and collected ten hits to help SFA win its home opener as well as sweep its first conference series of the season. Govan’s six extra base hits included four home runs, and she struck out just once in 13 at-bats over the week. Govan currently leads the Southland Conference in batting average, slugging percentage and on-base percentage, while ranking third in runs batted in, fourth in home runs and fifth in total hits.

Earning her first Pitcher of the Week accolade of the season despite putting together several worthy weeks in a row, Wilbur compiled a spotless 4-0 record and miniscule  0.38 ERA over 23.2 innings of action. The Bridge City native struck out 30 batters while allowing just eight hits and walking eight, surrendering just one earned run all week. She threw two complete game shutouts and tallied her fourth game with double-digit strikeouts this season. Wilbur currently leads te SLC in innings pitched (80.0) strikeouts (113), opponent batting average (.174) and wins (9), and is third in earned run average, at 1.25.

The Ladyjacks are 10-7 on the season and riding a nine game winning streak that dates back to March 5.