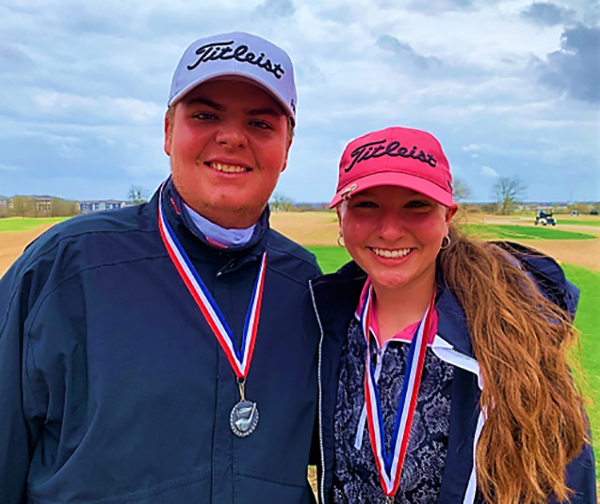 Little Cypress-Mauriceviile Bear golfers Montana Dileo and Jack Burke were invited to take part in the State Preview Invitational at Plum Creek golf course in Kyle over the weekend.

Burke is the reigning 4A Boy’s State Champion and Dileo finished in the top ten at the championship in 2019.  This weekend’s tournament featured teams and individuals that are favorites to make State this year and was played in some very tough conditions.  Winds were blowing 25-35 both days and then a steady rain moved in early in round two.

Dileo’s round of 67 is a new LC-M girl’s golf record and one off Burke’s overall school record of 66.

Dileo and the Lady Bears team will be back on the course on Monday (3/15) as they will play in the Bridge City tournament at Sunset Grove in Orange.

Burke and the Bears will play in the Nederland tournament at Brentwood Country Club in Beaumont on Monday (3/22).

LITTLE CYPRESS – It was quite the battle in front of a packed house that had standing room only at... read more