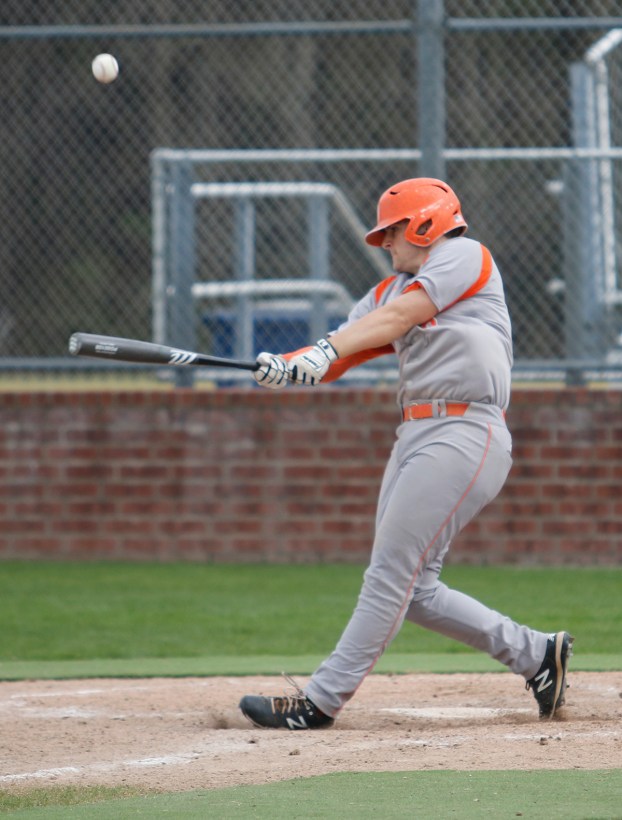 Bobcats snare a pair of wins at Silsbee tourney

SILSBEE – Tyler Shearin was bad news for opposing pitchers on Thursday, driving in seven on three hits to lead Bobcats past Livingston 21-7 on Thursday at the Silsbee Tournament Shearin drove in runs on a triple in the third, a single in the fourth, and a single in the seventh.

The base paths were crowded in this high-scoring game. Bobcats collected 19 hits and Livingston had nine.

Livingston got things started in the second inning when Morris hit a solo homer.

Bobcats pulled away for good with five runs in the third inning. In the third Kameryn Henderson was struck by a pitch, driving in a run, Shearin tripled on a 2-2 count, scoring three runs, and Logan Gipson doubled on a 1-1 count, scoring one run.

Bobcats scored 13 runs in the seventh inning. Bobcats offense in the inning was led by Ryan Trahan, Bryce Bergeron, Macoy Marze, Henderson, Shearin, and Gipson, who each had RBIs in the inning.

Trent Eaves earned the victory on the mound for Bobcats. The pitcher surrendered five runs on six hits over five innings, striking out five. Jace Gipson threw two innings in relief out of the bullpen.

Brown was on the hill for Livingston. The pitcher surrendered five runs on four hits over two and a third innings, striking out two and walking one. Patranella, Sandoval, and Ward each contributed in relief for Livingston.

The Bobcats turned around and defeated Tarkington 10-4 as well on Thursday.

The Bobcats  got on the board in the first inning. The Bobcats scored  three runs when Shearin  homered.

The Bobcats scored four runs in the third inning. The big inning was thanks to a home run by Kameryn Henderson and a double by Logan Gipson.

Morgan Sampson was credited with the victory for the Bobcats . The pitcher surrendered two runs on two hits over four innings, striking out eight.  Gunner Jones and Kolbie Sowell  and  entered the game out of the bullpen and helped to close out the game in relief.

Bears split a pair at tournament