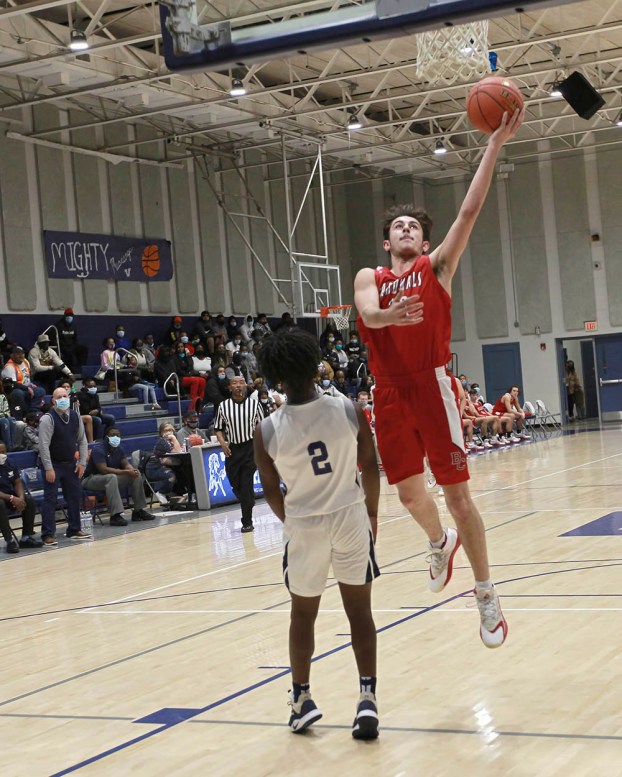 Mark Pachuca/Orange Leader Bridge City's Gabe Castillo drives to the basket against WO-S during the season.

Castillo was such a vital part to the success of the Cardinals this season as the squad made the playoffs and advanced to the second round of the playoffs for the first time in over 60 years.

Castillo was also the Co-Offensive Player of the Year on the All-District 22-4A Team and was the Most Valuable Player on this year’s All-Orange Leader Team.

The TABC released their All_Region teams on their website for both boys and girls.

Making it on the 6A Team was Beaumont West Brook’s Jaquan Yates.

In Class 5A, Beaumont United placed three players on the team in Terrance Arceneaux, Traelyn Porchia and Wesley Yates while Nederland’s Tyler Jackson made the unit.

In Class 3A, East Chambers’ Ernest Ceasar and Kadron Morris made the unit along with Newton’s Kentavious Leday.

On the girls’ side in Class 5A Beaumont United’s Princess Anderson and Takiera Boudreaux made the squad.

Woodville’s Alexis Rigsby and Keilaya Rigsby both made the elite 3A unit.