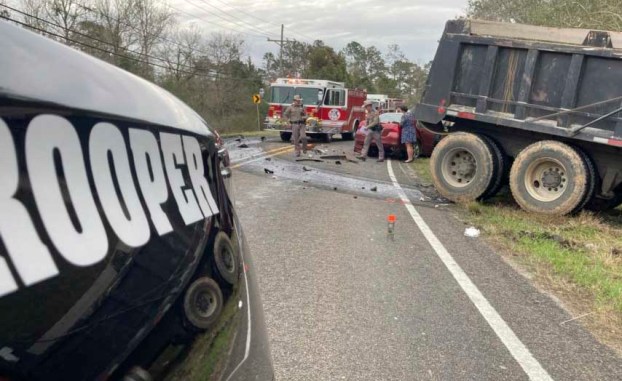 At approximately 8:15a.m., the Texas Department of Public Safety (DPS) Troopers responded to a multiple vehicle crash on FM 408 in Orange County.  The crash occurred near FM 105 and involved a commercial motor vehicle.

The driver of the Honda, 29-year-old Christopher Cooksey of Orange, was pronounced deceased by Justice of the Peace Joy Dubose-Simonton at the crash scene.

The passenger in the Honda, an infant child, was transported by ambulance to St. Elizabeth hospital for observation.  The child was properly secured in a car seat and did not have any visible injuries.

The driver of the dump truck, a 58-year-old resident of Orange, was not injured in the crash.

At this time, all northbound and southbound lanes of FM 408, near FM 105, in Orange County are closed, as crews work to clear the crash scene.  Motorists are urged to find an alternate travel route.  Expect delays.

There are no additional details available at this time.