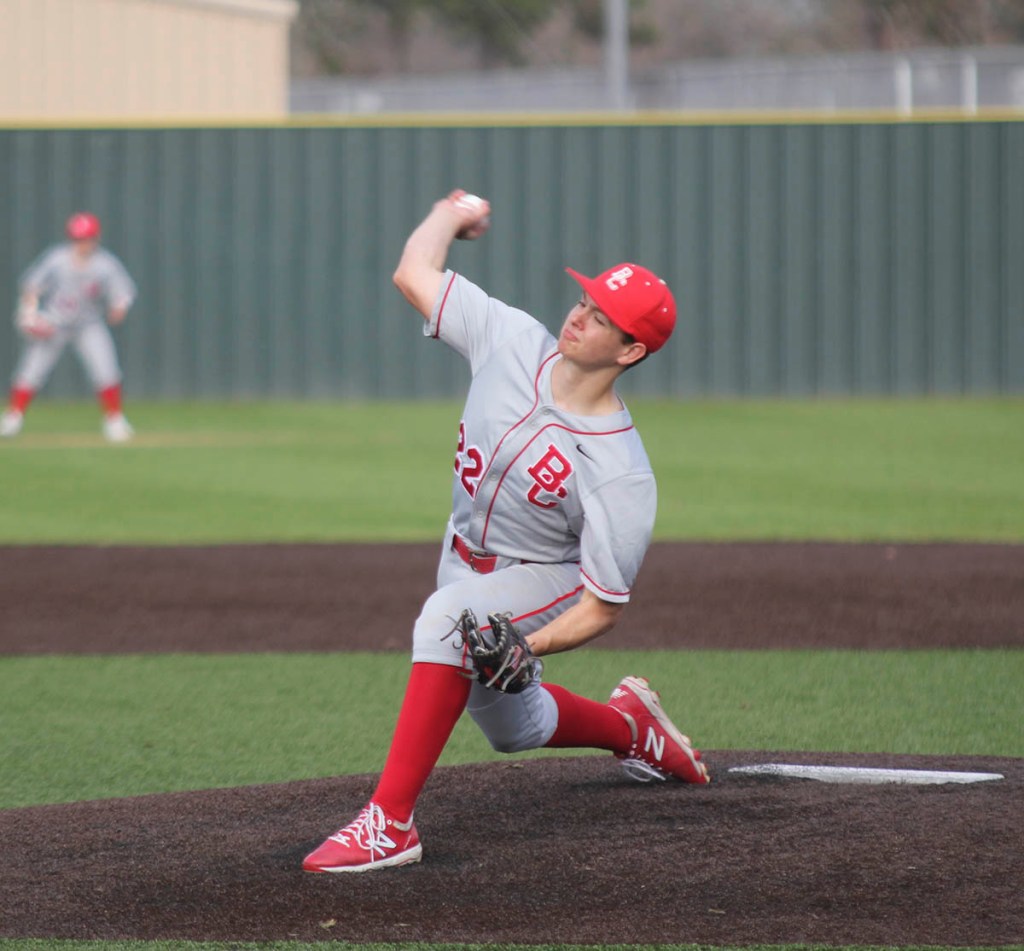 Nederland’s Dylan Romero would go the distance for the Bulldogs, giving up four hits with just one run scored and three strikeouts in five innings.

In the early innings of the game both teams had trouble getting a run across the plate. The Cardinals would find a chance in the second inning thanks to a double from Jude Danks, putting runners on third and second with two outs.

The Cardinals would find the game’s first run in the bottom of the third inning. Top of the lineup was due with Slade Foreman to leadoff. Foreman smacked a single up the middle, and would move to second after a walk to Sam Carpenter was issued, and a wild pitch would move him over to third base. Kade Benoit would connect on a pitch and Foreman would score. That’s all they could get but the Cardinals take a 1-0 lead after three innings.

That would be enough for the Bulldogs to take home the win. Cardinals are now 1-1 in the Cardinal Classic so far getting ready to face Kirbyville later.

The Cardinals defeated Buna 3-2 in their tourney opener Thursday.