“Cardiac” Cardinals send Hawks out of the playoffs 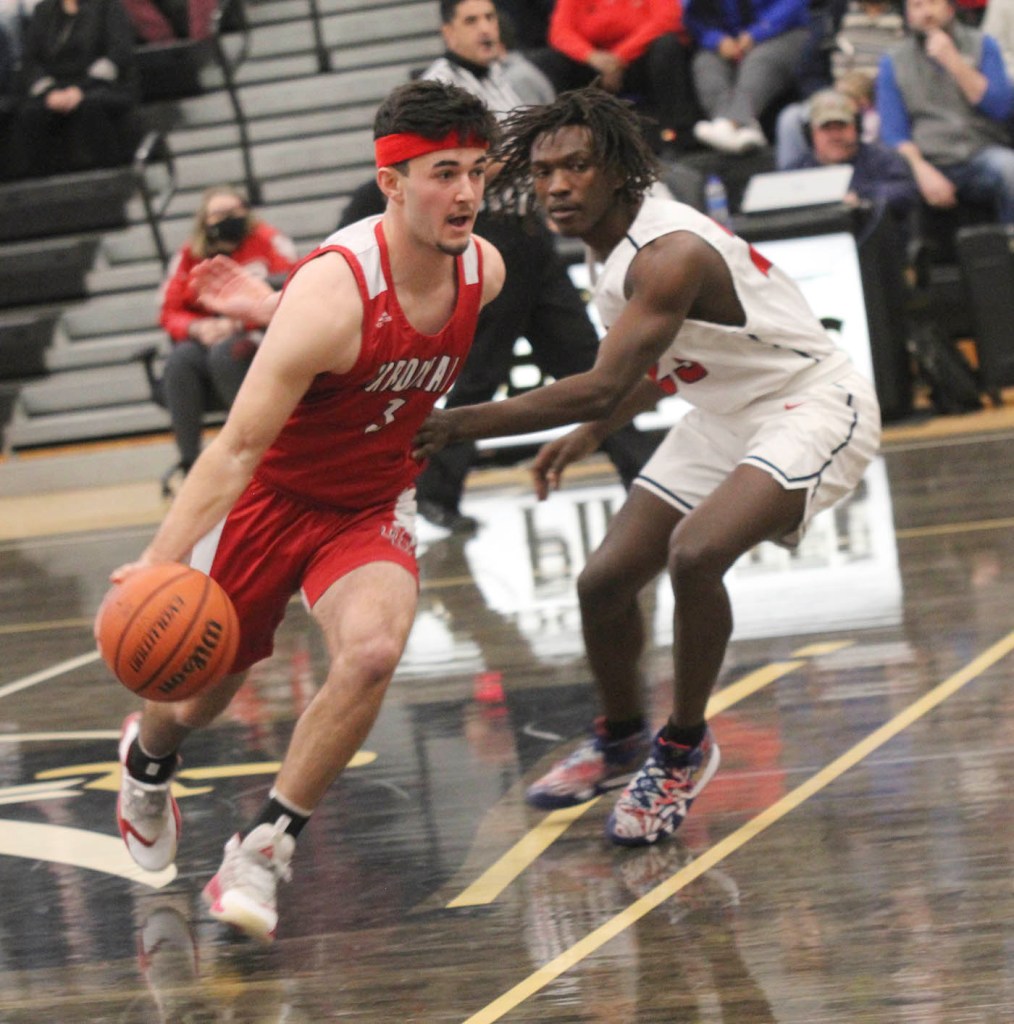 VIDOR – Never underestimate the heart and fire of the Bridge City Cardinals.

The Hardin-Jefferson Hawks found that out the hard way Saturday at Vidor High School in the Class 4A Region III bidistrict playoffs.

Down 34-20 at the half after being outscored 20-2 by the Hawks in the second quarter, the Cardinals put together a fierce comeback, outscoring the Hawks 34-15 in the second half and Bridge City closed the door on the H-J season with a 16-3 spurt in the fourth quarter to win 54-49.

The Cardinals (18-9) were sparked by senior standout forward Gabe Castillo as he shredded the Hawk defense for a game-high 25 points and he also led the Cardinals with 10 rebounds for a double-double.

The Cardinals will now move on to face either Wharton or Mickey Leland Academy in the area round next week.

Jai’den Porter led the Hawks (20-6), ranked No. 12 in the last Class 4A state poll,  with 16 points and had seven rebounds but never scored in the second half. Hawk post Austin Samaha had a double-double, tallying 14 points while grabbing 11 boards. H-J guard Baxter Wirth finished with eight points and eight boards.

The Cardinals chipped away at the H-J lead in the third quarter and then exploded past the Hawks in the fourth.

A three-point bomb by Castillo near the end of the third period trimmed the H-J lead to 46-38 heading to the fourth.

The Hawks led 49-45 with 3:26 remaining but never scored again as both Porter and Samaha barely touched the ball in the final eight minutes due to solid Cardinal defense.

After H-J missed the front end of a one-in-one, Castillo put the Cardinals ahead to stay by draining two charity shots at the other end with 1:08 left.

The Hawks went into the bonus but could not cashed in as they missed four straight free-throws.

Both teams struggled from the line as Bridge City finished 12-of-24 and H-J was 12-of-23. The Hawks were just 1-of-7 from the line in the fourth period.

It was the Cardinals that got off to a hot start as they led 18-14 at the end of the first quarter as Castillo fired in nine points in the period and Oceguera buried two long three-pointers. Porter had seven points in the quarter for H-J.

Porter ignited a 20-2 Hawk spurt in the second period with nine points and H-J stepped up on defense as Oceguera scored the only Cardinal points on a nice drive.

The Cardinals, however, came out with radar focus in the third quarter in a fight to save their season and they passed with flying “red” colors.

Bridge City outscored H-J 18-12 in the period. Boudreaux penetrated through the lane and scored seven points in the run while Castillo had six points and Richardson canned a huge three-point shot. Samaha had his way inside for the Hawks in the period with eight points but both he and Porter were non-factors in the offensive scheme in the fourth.

Another key ingredient for the Cardinals was the way they handled the Hawk pressure defense. Bridge City finished with just seven turnovers.