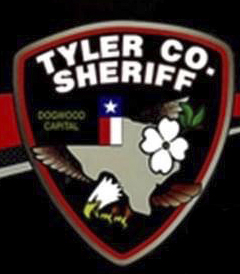 Naked woman steals car with two children in the backseat

Lacie Cole, 28, of Orange, was taken into custody on Monday in Tyler County after stealing the car of a person who stopped to offer assistance.

Tyler County Communications at 7:25 a.m. on Monday, received a 9-1-1 call reporting a naked woman standing on the side of the roadway.

Tyler County deputies and EMS responded to Farm to Market Road 92 north at County Road 3715. Deputies were made aware that the caller, a female passerby had stopped to check on the woman, identified later as Cole, and a log truck driver had also stopped.

While in route, the deputies learned Cole had jumped into the driver seat of the caller’s car and drove off with two grandchildren in the back seat. Approximately two minutes later, deputies were told that Cole had dropped the children off at the Dam-B Jiffy-Mart.

Deputies and Woodville police officers pursued the stolen vehicle throughout the streets of Woodville with the pursuit coming to an end on Wheat Street in Woodville, according to a press release.

Cole was taken into custody and is currently being evaluated at the Tyler County Hospital.

This case remains under investigation and charges are pending.