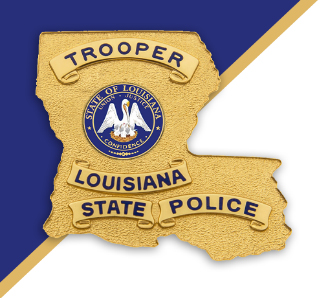 Vinton – On February 2, 2021, shortly before 9 p.m., Troopers from Louisiana State Police Troop D responded to a two-vehicle crash on Interstate 10 about 3 miles east of the Texas state line in Calcasieu Parish. The crash claimed the life of 3-year-old toddler.

The preliminary investigation revealed a 2014 Jeep Cherokee, driven by 41-year-old Blaine Keith Lecompte of Lake Charles, was traveling west on I-10 in the right lane. For reasons still under investigation, Lecompte failed to reduce his speed and struck the rear of a 1993 Peterbilt 18-wheeler in front of him that was slowing to a stop due to traffic congestion. The impact caused the Jeep to become lodged underneath the trailer of the 18-wheeler.

The toddler, who was not properly restrained, sustained fatal injuries and was pronounced dead at the scene. The driver, front seat passenger, and another juvenile passenger in the Jeep were all properly restrained and sustained minor to moderate injuries. The driver of the 18-wheeler was properly restrained and not injured. Lecompte was charged with DWI with child endangerment, first degree negligent injuring, no child restraint, suspended driver’s license, and careless operation. Additional charges are possible. Toxicology samples were obtained from Lecompte and submitted for analysis. This crash remains under investigation.

Troopers would like to take this opportunity to remind motorists to always make good decisions while operating motor vehicles. Never drive while impaired, fatigued, or distracted, always ensure every occupant is properly restrained, and follow all traffic laws. While not all crashes are survivable, taking simple precautions such as these can often mean the difference between life and death.

Please visit https://www.facebook.com/BuckleUpLouisiana/ or contact your local LSP Public Information Officer at http://lsp.org/public.html for safest practices and Louisiana law regarding child safety seats. Also, every Louisiana State Police troop is recognized by the National Highway Traffic Safety Administration (NHTSA) as a child safety seat “Inspection Station.” Please take advantage of these free services to ensure the safety of your child. Troop D has investigated 2 fatal crashes resulting in 2 deaths in 2021.