Board-crashing Mustangs get past Bobcats 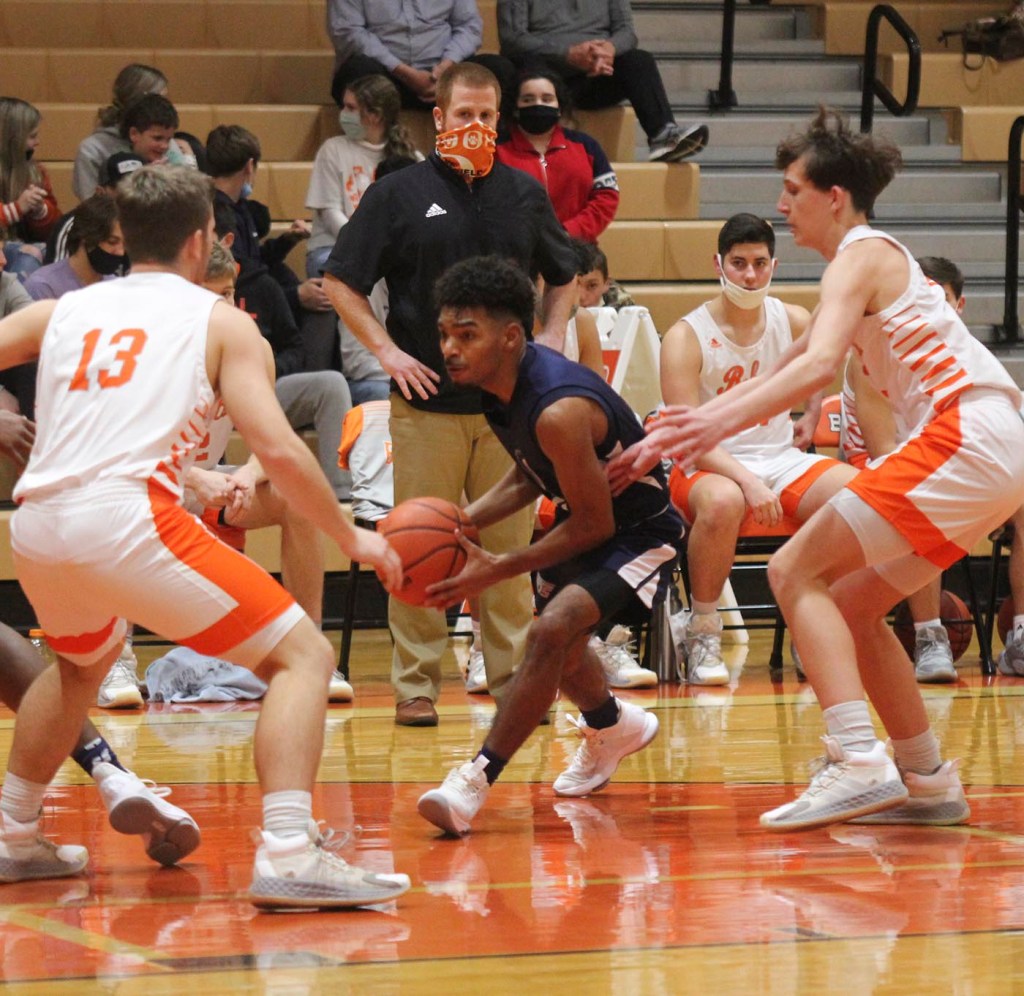 ORANGEFIELD – Placing four players in double figures and crushing Orangefield on the boards, the West Orange-Stark Mustangs inched closer to a playoff berth with a 63-56 victory over the Bobcats in District 22-4A action at Bobcat Gym Tuesday night.

The win still has the Mustangs alone in the final fourth-place playoff position at this point with three games left. However, the Mustangs remain in the hunt for second and third as they trail Bridge City (16-7, 6-3) and Silsbee (9-11, 6-3) by just one game. Silsbee fell to first-place Lumberton (17-6, 9-1) 80-70 Tuesday. The Mustangs will host Silsbee Friday.

Braden Gant led the balanced Mustangs with a team-high 15 points to go along with nine rebounds. Quintin Proctor notched a double-double with 13 points and 11 rebounds. Michael Wardlow chimed in with 14 points and five boards while Adrian Crochett-Hernandez had 10 points and buried four late free-throws to help seal the Mustang win.

The WO-S win offset a superb performance by Bobcat guard Pete Ragusa. Ragusa zipped through the Mustang defense for a game-high 28 points and he drained four three-point bombs. Payton Wrinkle had 12 points and a team-high five rebounds for the Bobcats.

The Mustangs dominated the rebounding department, finishing with a whopping 37-19 edge.

Trailing 39-35 in the third, the Mustangs closed the quarter with an 8-0 spurt to go up 43-39 as Crochett-Hernandez, Jailen Brown and Bryan Keller all hit big three-pointers in the quarter. The Mustangs forced Orangefield into nine of their 18 turnovers in the period.

The Mustangs looked to be in the clear with 0:54 remaining in the game when Wardlow had a rebound and putback to make it 58-51.

However, the Bobcats would respond behind Ragusa, who buried two free-throws and converted a three-point play to trim it to 58-56 with 0:29 left.

Orangefield elected to foul senior Crochett-Hernandez back-to-back and he calmly sank four straight free-throws to make it 62-56 with 0:19 left and then the Bobcats misfired on two offensive opportunities as the Mustangs walked away with the crucial win.

Keller finished with five points and five boards for the Mustangs. Bryce Bergeron had eight points for the Bobcats.

WO-S finished with 17 turnovers, but just seven in the second half.

The Bobcats will visit LC-M Friday.