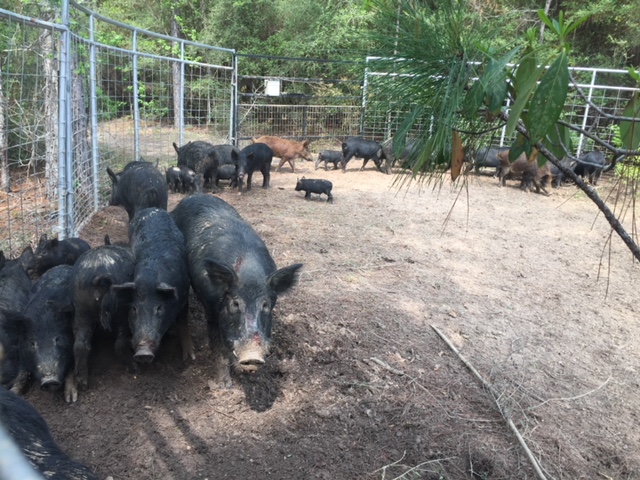 “Hog management is an on-going priority for the preserve and Southeast Texas in-general. We are encouraged by the success of last year’s hog trapping season and look forward to providing more opportunity to harvest hogs from the preserve this season.” stated Superintendent Prokopetz.

Feral hogs are an invasive species descended from domesticated pigs brought to North America by European settlers. Their populations have increased in recent decades resulting in greater competition with native wildlife and increased habitat damage caused by their feeding activities.

Permits will be issued first-come, first-served and can be picked up at the Visitor Center, between 9:00am and 5:00pm. Hunters will need to bring in their hunting permits and will pick the locations of the preferred trapping site when picking up the permit.

Before coming to the Visitor Center to pick up a permit, those interested are highly encouraged to review the Big Thicket feral hog trapping regulations at https://www.nps.gov/bith/planyourvisit/feral-hog-trapping-guide-and-regulations.htm and scout out several trap locations to be approved upon receiving a permit. Any questions may be directed to the preserve biologist.

The recreational pursuits of hunting, fishing and trapping have been a part of the preserve since the beginning. In the fall of each year Big Thicket National Preserve permits public hunting of white-tail deer, squirrel, rabbit and other game species. Public trapping of furbearing species in the preserve has also been a long-standing tradition since the preserve was established in 1974. More information about public hunting and furbearer trapping programs can be found on the preserve website at www.nps.gov/bith.

Big Thicket National Preserve is located in Southeast Texas, near the city of Beaumont and 75 miles northeast of Houston. The preserve consists of nine land units and six water corridors encompassing more than 113,000 acres. The Big Thicket, often referred to as a “biological crossroads,” is a transition zone between four distinct vegetation types – the moist eastern hardwood forest, the southwestern desert, the southeastern swamp, and the central prairies. Species from all of these different vegetation types come together in the thicket, exhibiting a variety of vegetation and wildlife that has received global interest.