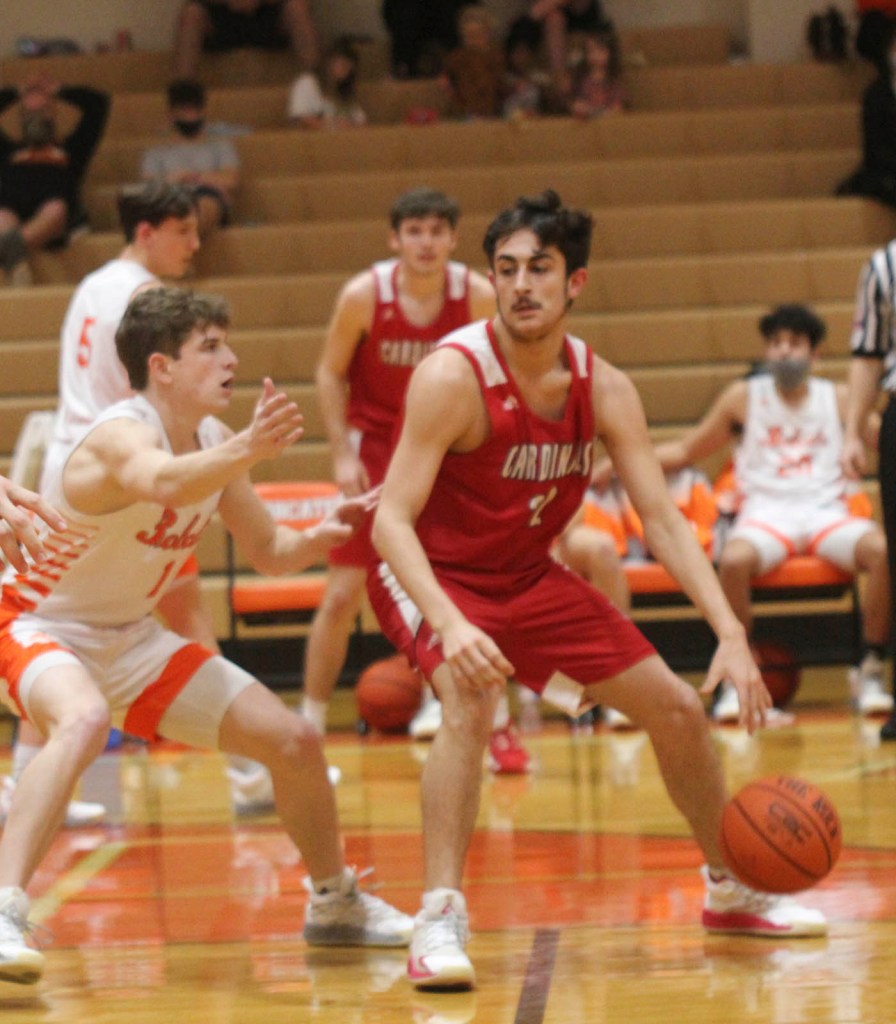 ORANGEFIELD – There is no doubt about it, Bridge City standout Gabe Castillo has loved playing against Orange County rival Orangefield this season.

For the second time this season, Castillo reached the 30-point mark against the Bobcats as he powered the Cardinals to a 55-44 District 22-4A road win at Bobcat Gym Tuesday night.

Castillo had 19 points in the first half, scoring 10 in the first quarter and nine in the second as the Cardinals led 26-23 at halftime.

The Bobcats placed their three top scorers in double figures.

The Cardinals led 12-10 at the end of the first quarter behind Castillo’s 10 points while Ragusa had five points for the Bobcats.

Bridge City won the second quarter 14-13 to lead by three at the half. Castillo and Austin Richardson combined for all 14 Cardinal points in the period. Richardson finished with eight points and six rebounds.

The Bobcats tried chipping away in the fourth quarter, trimming the margin to six on four different occasions as Bergeron tallied nine of his points in the quarter.

Grant Boudreaux had seven points for the Cardinals and Morgan Sampson had six rebounds for the Bobcats.

The Cardinals finished with a 34-25 rebounding edge. The Bobcats committed just nine turnovers on the night while the Cardinals had 12.

Bridge City finished 10-of-12 from the free-throw line while Orangefield was 6-of-11.

The Cardinals will face Silsbee (8-10, 5-2) at home in a big game Friday as the Cardinals are in second-place, just a half game ahead of the Tigers. The Bobcats will venture to first-place Lumberton (15-6, 7-1) Friday.