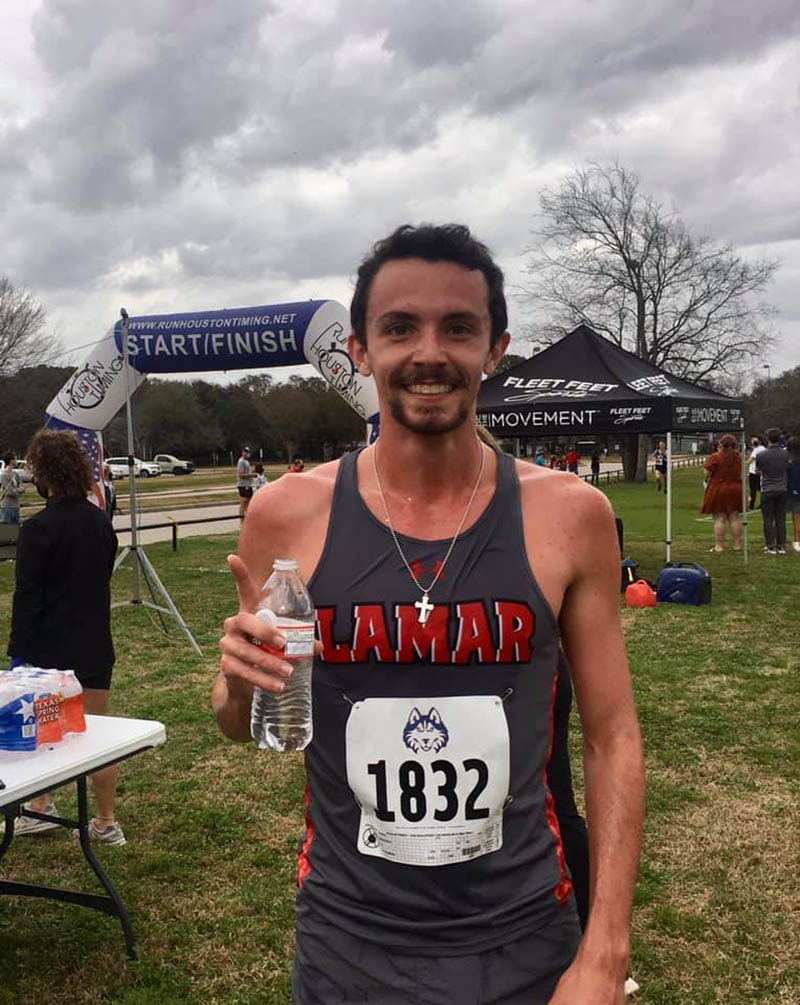 HOUSTON, Texas — Led by Little Cypress-Mauriceville graduate Eli Peveto in his first appearance for the men’s team, the Lamar University cross country team got off to a hot start as they captured the team title at the HBU/UH/Lamar Tri-Meet, scoring a low of 28 points with Houston finishing in second with 41 points.

“This was a great rust buster for us,” said cross country head coach Tony Houchin. “Mykayla finishing top 5 in her first ever race for Lamar is a great way to start her career. Eli winning his first cross country race is a good start too. Very happy with where we are at.”

The Cardinals packed four runners inside the top 10 with Peveto leading the men with a overall time of 15:49. Following him was Conor Smith, who finished the day in third with a run time of 16:10. George Wheeler made his first appearance for the Cards and finished fourth in the race with a time of 16:16. Returning Third Team All-SLC runner Harry Halford finished with a time of 16:52 to finish in 10th place. Rounding out the Cardinals on the men’s side is Josh Dvorak (17:08) and Brandon Lantau (18:15), who finished 15th and 20th, respectively.

UP NEXT: The Cardinals will look to the capturetheir 18th Southland Conference Championships on Monday, February 15 in Birmingham, Ala.