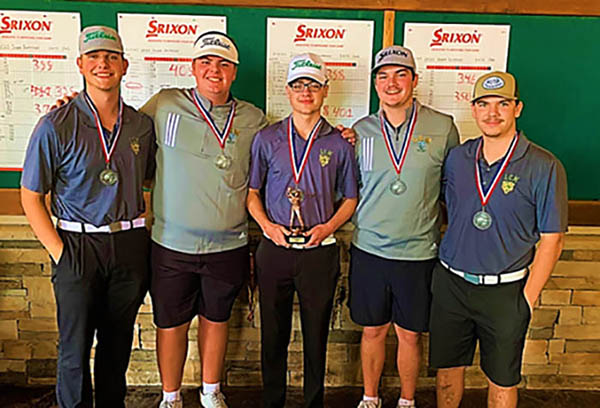 JASPER – The LC-M Bear golf team opened the season at the Jasper Bulldog Invitational held at Rayburn Country in Jasper.

Burke’s under par round landed him 1st place overall in the tourney followed by Patrick Miller (74) of Kelly.  It was the fourth straight year Burke claimed the individual title in the tournament.  Scores for the Bears: Burke – 70, Wyatt Wozniak – 86. Timothy Weaver – 86, Will Van Pelt – 87, and Travis Love – 88.

The boys will play in the Vidor Invitational next Tuesday and Brentwood CC in Beaumont.