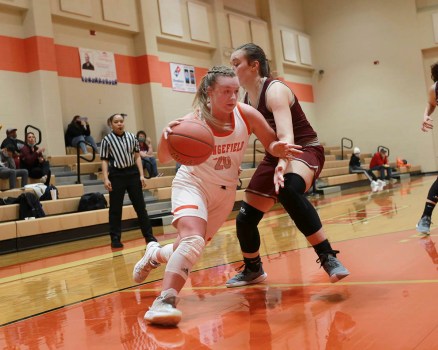 Mark Pachuca/Orange Leader Orangefield's Kenadie DuBois had 16 points and 11 rebounds for the Lady Bobcats against Silsbee Friday at Bobcat Gym. 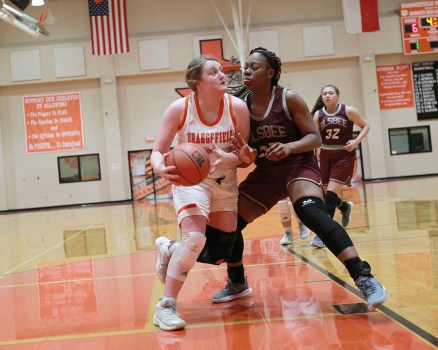 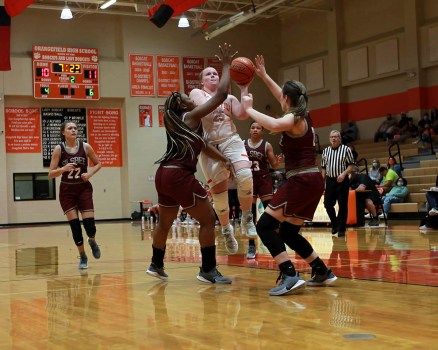 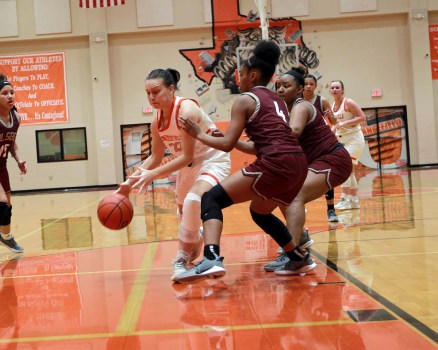 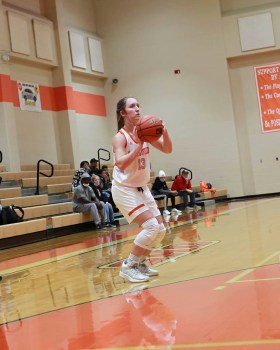 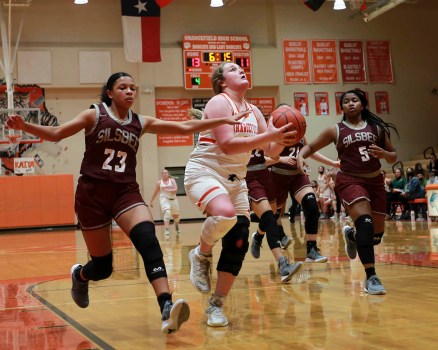 ORANGEFIELD – Pulling away in the second half, the Silsbee Lady Tigers maintained their stronghold on second-place in the District 22-4A standings as they downed the Orangefield Lady Bobcats 62-42 at Bobcat Gym Friday night.

The Lady Tigers (8-1 in district), remain just one game back of first-place Lumberton (8-0 in district) in the standings, while the Lady Bobcats (13-6, 5-3) remain in third-place, a half game ahead of fourth-place Bridge City (5-4 in district).

The Lady Bobcats battled hard and led 8-2 early and trailed just 19-17 at the half.

However, led by the scoring of Emily Williamson and Monica Bottley, the Lady Tigers started to pull away late in the third and went on to outscore the Lady Bobcats 25-11 in the fourth quarter.

Williamson and Bottley each scored 20 points apiece for Silsbee, teaming up for 27 points in the second half.

Williamson had a huge double-double as well as she snared 14 rebounds. Bottley spearheaded the big fourth-quarter spurt with 12 of her points coming in the last eight minutes.

Kenadie DuBois had a strong effort for the Lady Bobcats in the loss as she collected a double-double of her own with 16 points and 11 rebounds. Harleigh Rawls had 11 points for Orangefield as she ripped three three-point bombs.

The Lady Tigers dominated the boards, finishing with a 57-43 rebounding edge.

The Lady Bobcats were without the services of solid post player Greenlea Oldham, who was out due to illness.

Joli Ponfick had five points and nine rebounds for the Lady Bobcats while Madison Greenway snared 10 boards and Jaslyn Newman had six.

The Lady Bobcats finished with 22 turnovers while the Lady Tigers had 19.

Silsbee was a solid 16-of-22 from the free-throw while Orangefield struggled, going just 13-of-31.

The Lady Bobcats will look to bounce back Tuesday when they visit Orange County rival Bridge City.