Cardinals control Bears in 22-4A battle 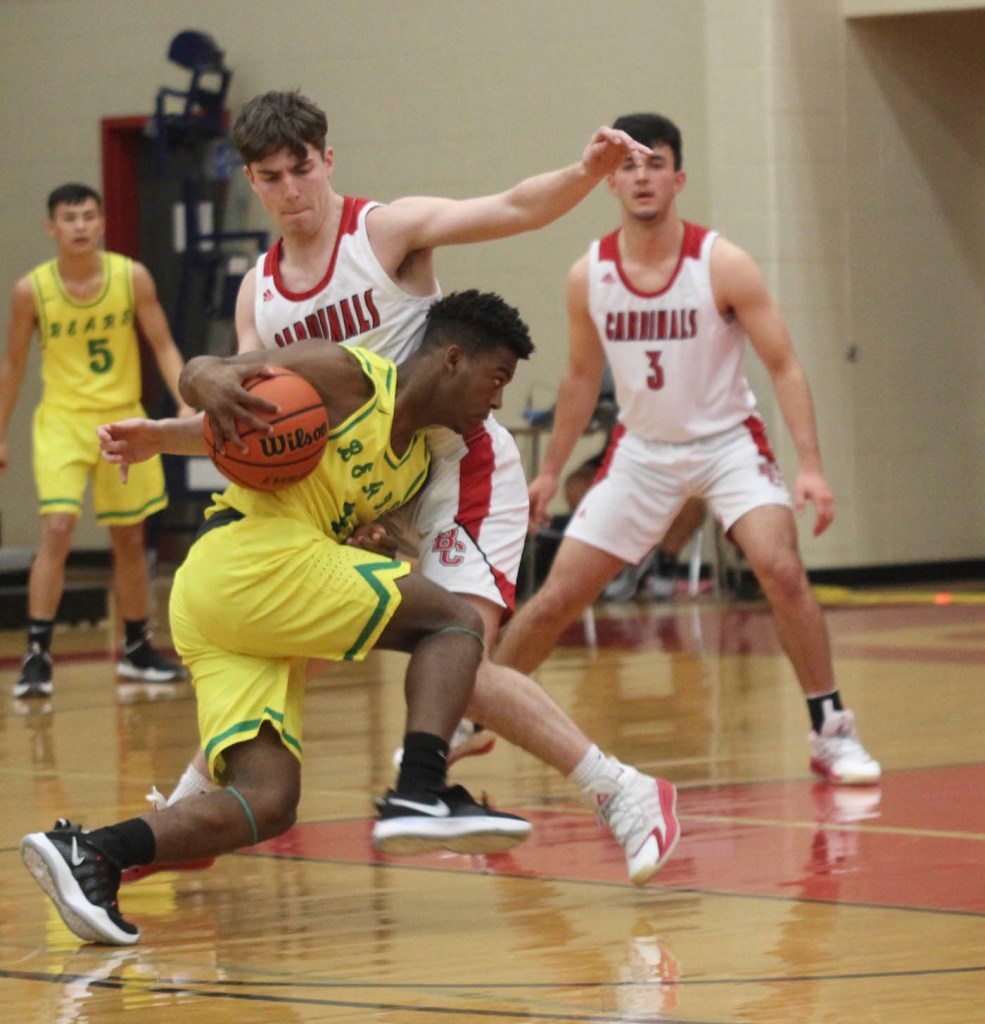 The Bears, sparked by guard Da’Marion Morris, cut the lead to 50-40 with four minutes left in the game but the Cardinals closed it out with a 13-5 run.

Castillo fired in a game-high 26 points for the Cardinals and grabbed eight rebounds. He poewered the second-quarter surge with 12 points in the quarter as Bridge City led 32-20 at the half.

The Bears led 12-10 at the end of the first quarter, thanks to 10 points in the period by Ben Elliott. Elliott led the Bears with 20 points and nine rebounds.

The Cardinals received a strong effort from guards Austin Richardson. Richardson finished with 13 points and snagged eight rebounds while Boudreaux had 14 points.

Morris scored all 15 of his points for the Bears in the second half, including 11 in the fourth period.

The Bears finished with a 28-25 rebounding edge. Guard Nathan Vo had five boards for the Bears. Post Brendon Brones had six points for LC-M while Ethan Oceguera and Bryson Constance tallied four points apiece for the Cardinals.

The Bears committed 15 turnovers while the Cardinals had just 11.

Tuesday night ended the first half of 22-4A play with Lumberton sitting in first-place. Bridge City and Silsbee are tied for second. Orangefield (14-6, 3-3) is in fourth while WO-S and LC-M are tied for fifth and Vidor is in seventh.