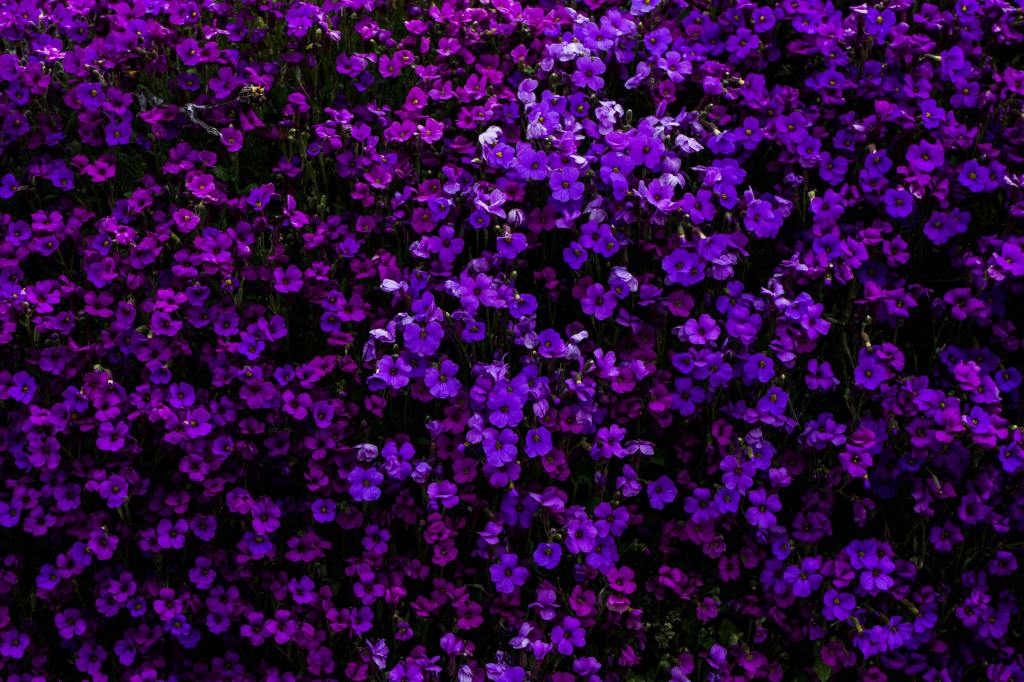 Photo by Artiom Vallat on Unsplash

Purple is a color I am generally neutral about, but it has taken decades for me to elevate it from negative status.

I’m guessing it barely made the grade for inclusion in those tiny boxes of crayons used down to the very last smidge by Early School first graders in 1944.

Somebody claimed that it started out as “red,” but was left in the oven too long. That claim hasn’t been widely held, but it has set me to thinking. If “too much oven” is responsible for the color purple, the loosely referenced theory might explain a long-held, deep-seated suspicion. Why in the world does there seem to be a tinge of purple on the faces of blushing folks who seem to have majored in bungling? (Thus it may be more understandable why we “doofuses” have reasons to blush so many times. Our pendulums often swing wildly toward “goofiness,” 180 degrees away from prior well-earned “half-baked” accusations rightly hurled our way.)

Heaven knows our first-grade teacher, Miss Lora Evrage, tried her best to “push purple,” admonishing us regularly to “color” grapes and eggplant. She was forever tying our work–no matter how “botched”–to our school colors–purple and gold. (She did so with a world-class smile, the same one remembered by many of our parents who were her students a quarter-century earlier.)

She likely thought “purple” needed a “push,” and that gold could pretty much stand proudly on its own.

I digress, though, wishing to consider the “what ifs” of a color left too long in the oven.

Burned memories accompanying me always will be my own 24-carat “goofs.”  It would be nice if they were confined to my youth. Then, relatives and friends comforted regularly with such words as “you’ll grow out of it,”…”everybody makes mistakes”… and “time heals all wounds.”

Educational credits–including a doctoral degree and a 40-year career in higher education–have done little to protect me from blushes.

It has occurred to me that staring straight and counting to ten before speaking would have allowed me to dodge many bullets. Granted, too often, my eyes have gone up, down or even sideways and I’ve spoken with warp speed.

Permit me to recount my most recent “goof,” a scene played out upon entering the new year. My wife asked me to “go shopping,” something I’m rarely entrusted to do.  She wanted me to purchase shampoo that typically is used by white-haired folks who tend to have patches of “yellow hair” if spared use of this shampoo (thick and barely porous, akin to catsup leaving the bottle–that is, hard to get it from the bottle, then hard to stop).

I went to the store, where music and sweet smells wafted about. A young lady led me straight to the correct shelf, leaving me to ponder whether I wanted to purchase a single bottle, or three to save $2.

I chose the latter, hopeful of living long enough to empty all three bottles. (BTW, you didn’t think I was buying the shampoo for wifey, did you? She has other ways to conceal gray patches.)

Drum rolls please. Standing in front of the cashier, I wanted to make certain that I’d purchased the right “goop” to get rid of the yellow. Without looking up, I mentioned that “cool blonde” on the label seemed an unlikely description for the purple stuff, questioning why they’d ever make shampoo with such an ugly color.

Then, I looked up, my eyes locked on the cashier’s hair. It was dyed purple, every bit as vivid as the purple crepe paper we used to adorn goal posts at Early Longhorn football games. My face grew crimson, perhaps nearing purple.

The young lady, probably worn out by Christmas shoppers earlier, laughed, saying I’d “made her day.” Maybe so, but I’d “unmade” mine. I had no words, but my face said it all. I hurried from the shop, “Purple Rain” wafting from the store’s speakers.